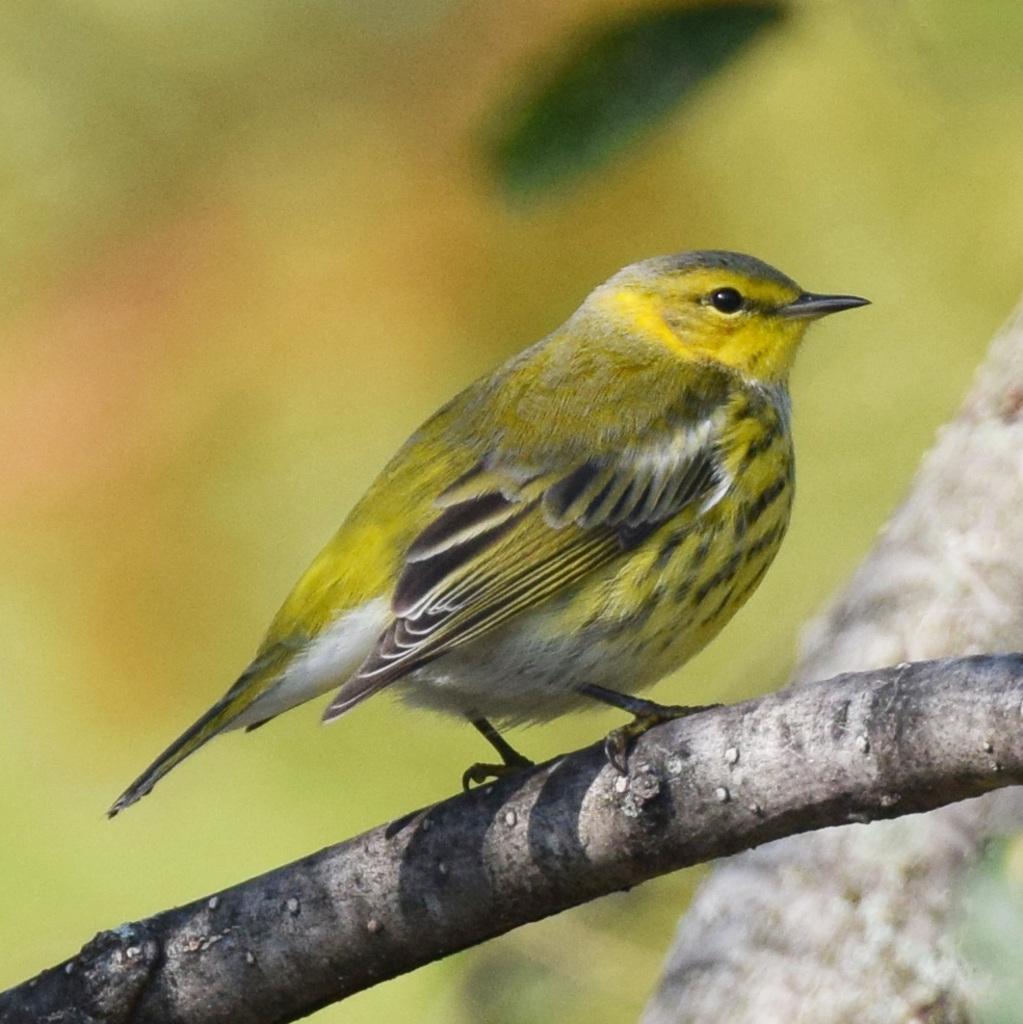 This small songbird (4.5-5 in) spends its summers in the northern boreal forests from Alberta, around the Great Lakes, to the Maritimes. It migrates through the eastern United States to its winter home in the West Indies and Central America and occasionally at the southern tip of the Florida Panhandle.

Males have a yellow throat and breast with streaky black markings. Orange-brown cheek patches are less distinctive out of the breeding season. Females are grayer overall with a pale yellow breast. Both males and females have a black stripe through the eye.

The Cape May Warblers' favourite northern food is the Spruce Budworm, although they also eat other insects.

Could it be? Yellow-rumped Warblers have a long thin tail with bright yellow patches on face, sides, and rump.

Did you know? Cape May Warbler have a curled, semitubular tongue that they use to collect flower nectar in the Caribbean during the winter.