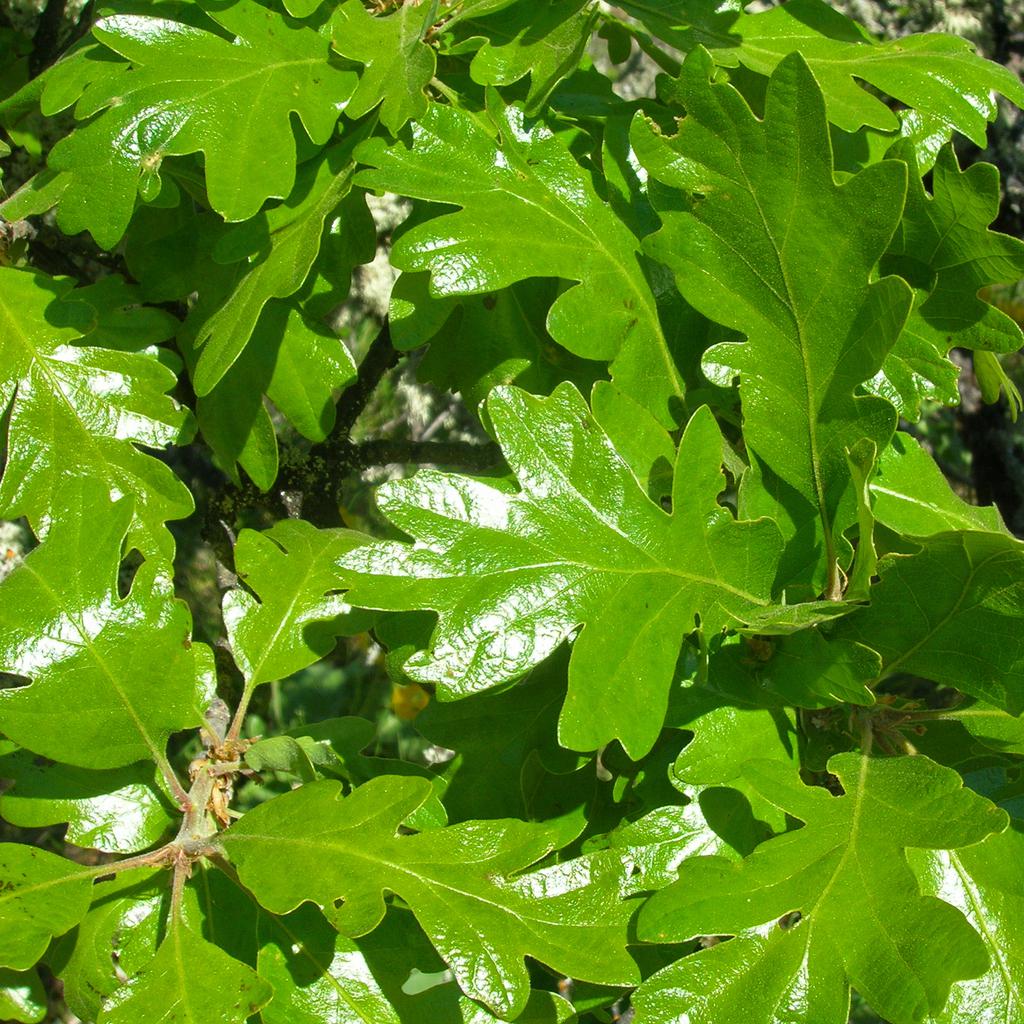 Garry Oak grows in a narrow strip along the eastern coast of Vancouver Island, the Gulf Islands, the Washington coast, the woodland valleys of Oregon, and the coastal foothills of California. It grows in open parkland or meadows alongside Douglas-fir and a colorful display of spring flowers, such as Camas and Shootingstar.

Garry Oak's shape varies from tall, straight trees (50-60 ft) to clumps of short, twisted, multi-stemmed trees. It has shiny green, deeply indented leaves and grayish-black bark with thick grooves or scales. The acorns are set in a shallow, scaly cup.

Did you know? Garry Oak is the only species of oak native to British Columbia. It can be found in Pacific Rim National Park, Victoria, and Cowichan Garry Oak Preserve on Vancouver Island.