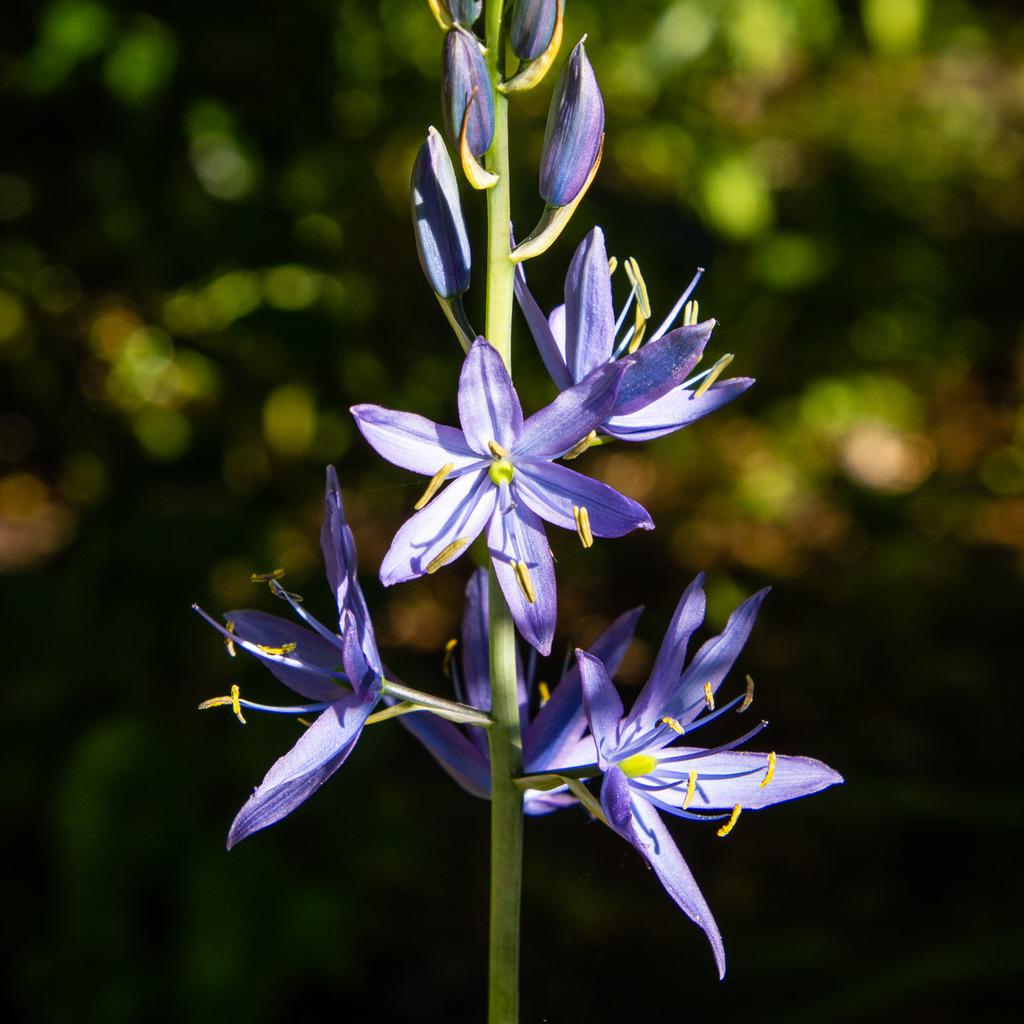 Camas has spikes of blue flowers at the end of tall (12-28 in) stalks with clusters of grass-like leaves (4-24 in) at the base of the plant. It carpets moist grassy slopes and meadows at lower elevations and flowers from April to June.

Blue Camas is widespread in the Pacific Northwest. Other species can be found in the western and southeastern United States. Color may vary from white to purple.

Did you know? Elk, Deer, and Moose graze on Camas leaves, while gophers have been known to nibble on the bulbs and then move them to a different area.