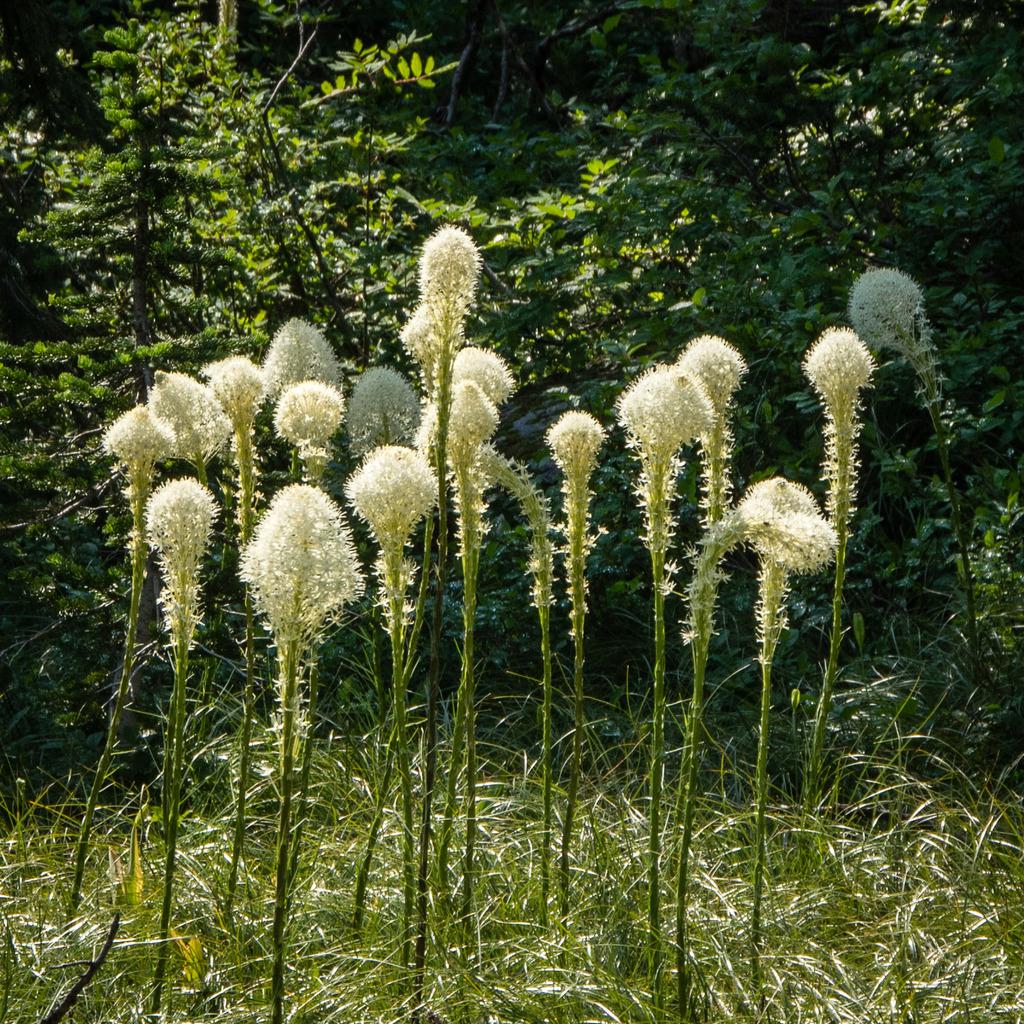 Common Beargrass (Xerophyllum Tenax) is found in clumps on mountain slopes and forested areas from sea level to just below the tree line from British Columbia south to California and east to Alberta, Idaho, Montana, and Wyoming.

A single, erect stem (20-60 in) grows from a large clump of curving, grass-like leaves (20-24 in) at the base of the plant. It flowers from June to August, producing a cone of small, star-like white flowers that develops into a bottlebrush shape as it matures. The flowers may have a lilac-like perfume.

Could it be? There are a number of other plants that are also referred to as Beargrass. Eastern Turkeybeard, only found in the southeastern United States, is a smaller plant with smaller flowers. Several other species can be found in the southwestern United States and Florida, such as Sacahuista that grows in the dry deserts of Arizona, New Mexico, and southwestern Utah.

Did you know? Indigenous peoples in the Pacific Northwest frequently used Beargrass leaves to weave baskets.