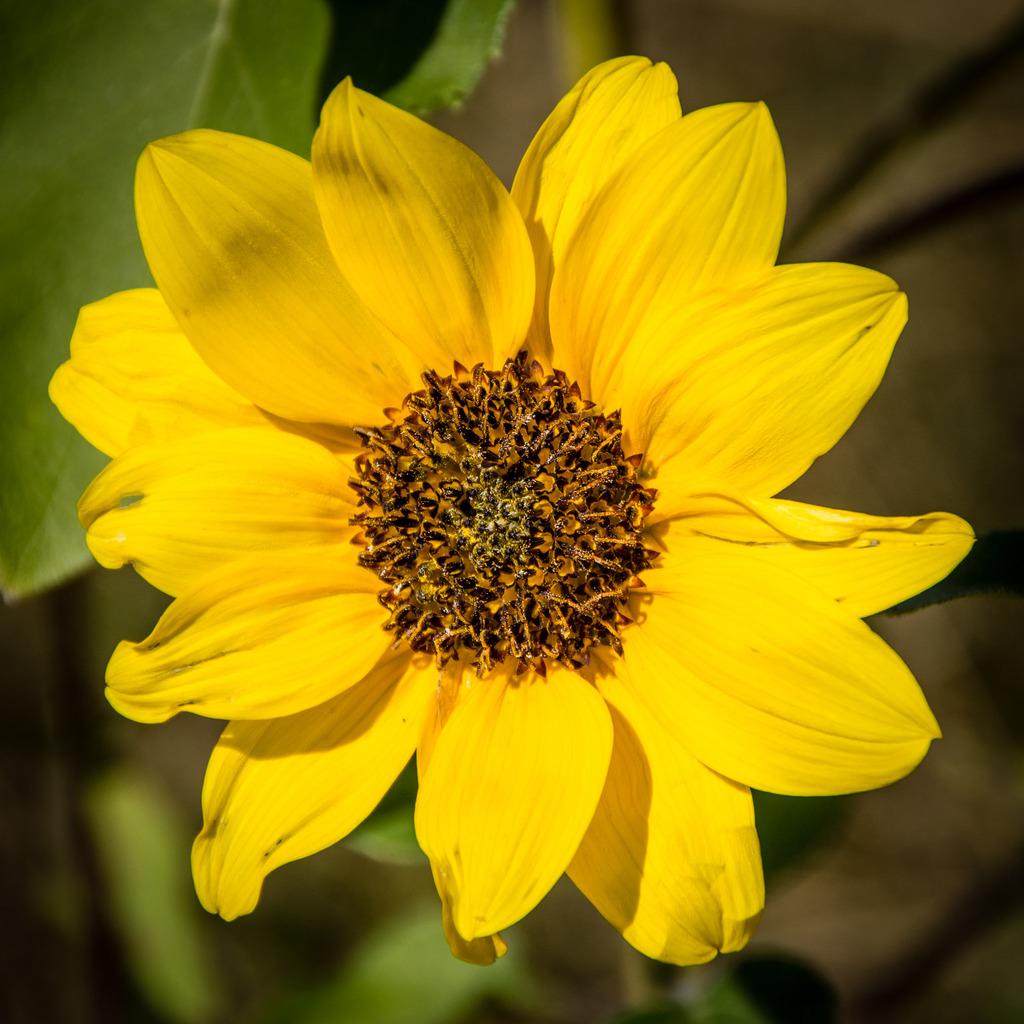 Prairie Sunflower is one of many different sunflowers that are native to North America. It has large showy flowers (1.5-3 in across) with 12-25 yellow ray petals surrounding a brown central disc. The central disc later forms a head of brown seeds (.25 in) that are enjoyed by birds.

Prairie Sunflower is 1-3 ft high with many erect flower-bearing branches. It often grows in clumps and can be seen flowering along dry, sandy roadsides in late summer. It is common in most parts of the United States as well as Alberta, Saskatchewan, Manitoba, and Ontario.

Could it be? Prairie Sunflower is taller with larger flowers and more ray florets (petals) than Black-eyed Susan.

Did you know? Sunflower was a common crop of the Indigenous peoples of North America as early as 3000 BC in modern-day Arizona and New Mexico, providing cooking oil and yellow and purple dyes.