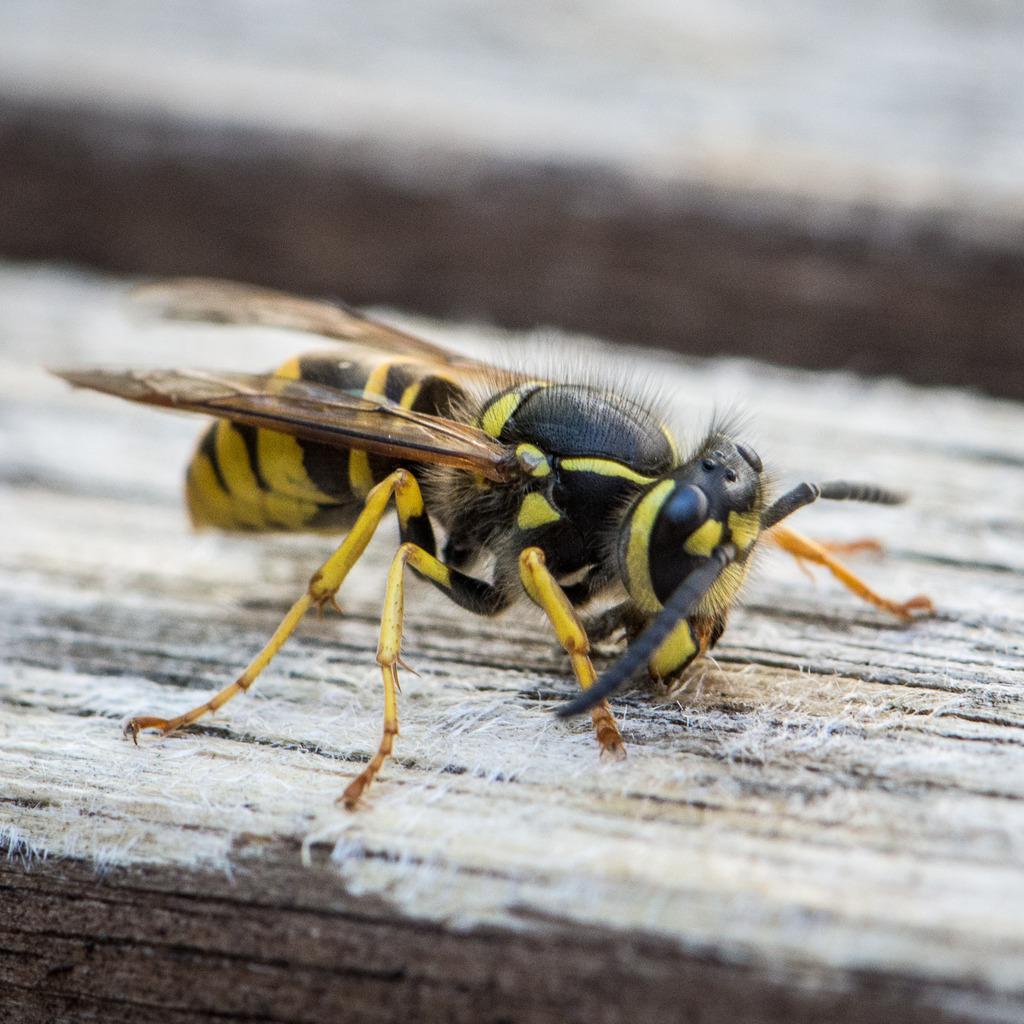 There are over 2500 species of wasps in North America. The best known are the brightly-colored ones that buzz around us and sting. But only 50 species sting, and the vast majority are solitary.

Unlike Bees, Wasps have a pointed abdomen and a narrow waist separating the abdomen from the thorax. Bees are usually hairy, while Wasps are less so. Wasps come in every color imaginable. The ones that sting are usually brightly colored, such as Yellow Jackets and Hornets with their yellow and black striped bodies.

Ichneumon Wasps are thinner and have longer antennae than stinging wasps. They inject their eggs into other insects - usually a grub, larva, or caterpillar - and play an important role in controlling insects often considered pests, such as boll weevils and tomato hornworms.

Reproductive paper wasp females spend the winter hibernating and emerge in the spring to start a nest and lay eggs. The first wasps to emerge are sterile female workers who are responsible for building the nest and looking for food. By late summer, the workers are dying and all that remain are males and reproductive females who leave the nest to mate. The nest is abandoned after a single season.

Wasps are extremely beneficial as nearly every pest insect is preyed on by a wasp species, either as food or as host for its parasitic larvae.

Did you know? Wasps are more likely to sting in late summer when the colony stops breeding new workers so the remaining workers are actively searching for sugary foods.