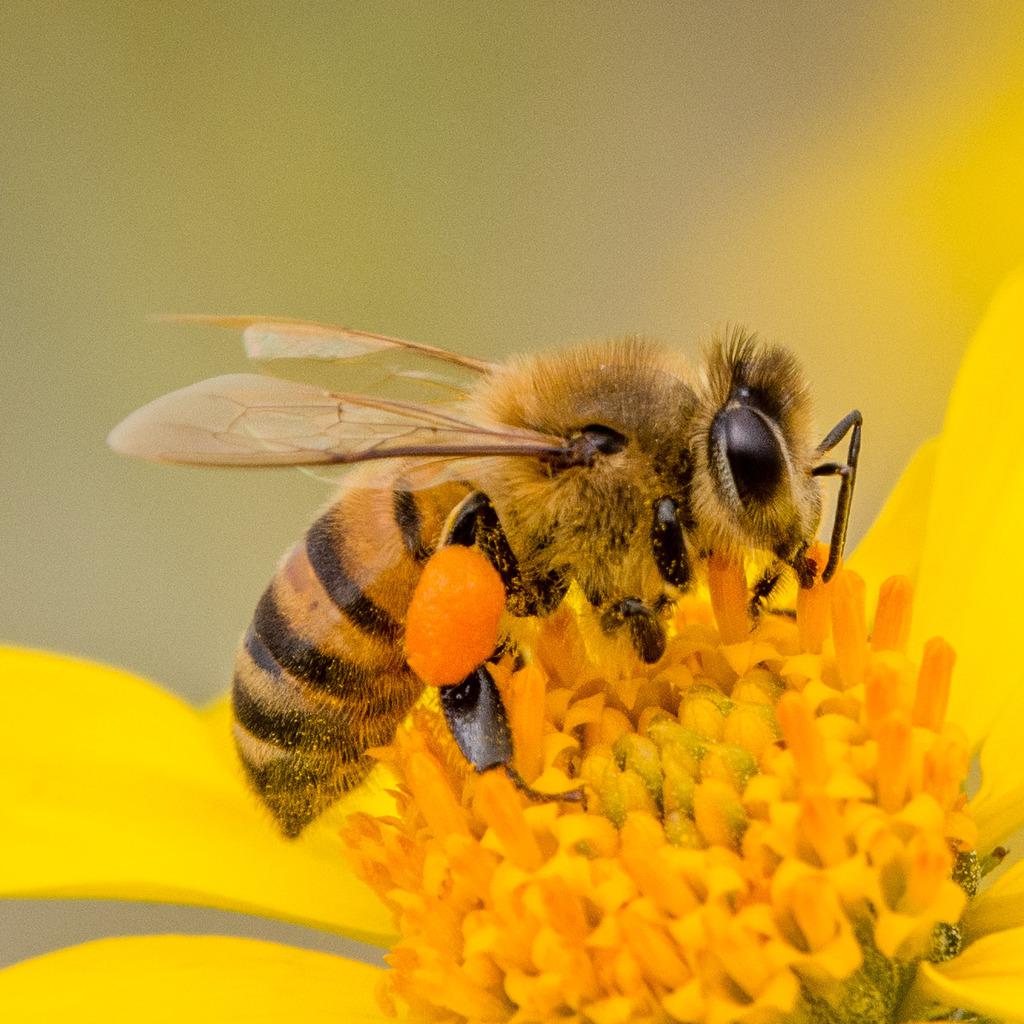 Honey Bee were brought from Europe to North America as honey producers in the early 1600s. Because of their numbers, they have become the most important agricultural pollinator world-wide.

Honey Bee have a small body and thin wings. Bumblebee are round and furry with thick wings. Leafcutter Bee are the same size as a Honey Bee but darker, with a larger head and eyes, and a furrier belly.

Honey Bee create large communal nests made of wax where they store their honey. The queen is the largest bee in the colony. She only leaves the nest in order to mate and then returns to the nest laying over 1,500 eggs per day. The female worker bees are responsible for collecting pollen and looking after the larvae. The male drones' only job is to mate with queens from other colonies.

Worker bees sting to protect their colony. They call on other bees to help them by giving off an alarm signal so other bees will also come and sting the intruder. The bees will die after stinging so they only do it when provoked.

Did you know? Honey Bee expand their reach by establishing new colonies. The colony produces 10-20 daughter queens. When the daughter queen larvae are in an advanced stage, the original queen and two thirds of the colony migrate (swarm), sending out scouts to look for a new site.