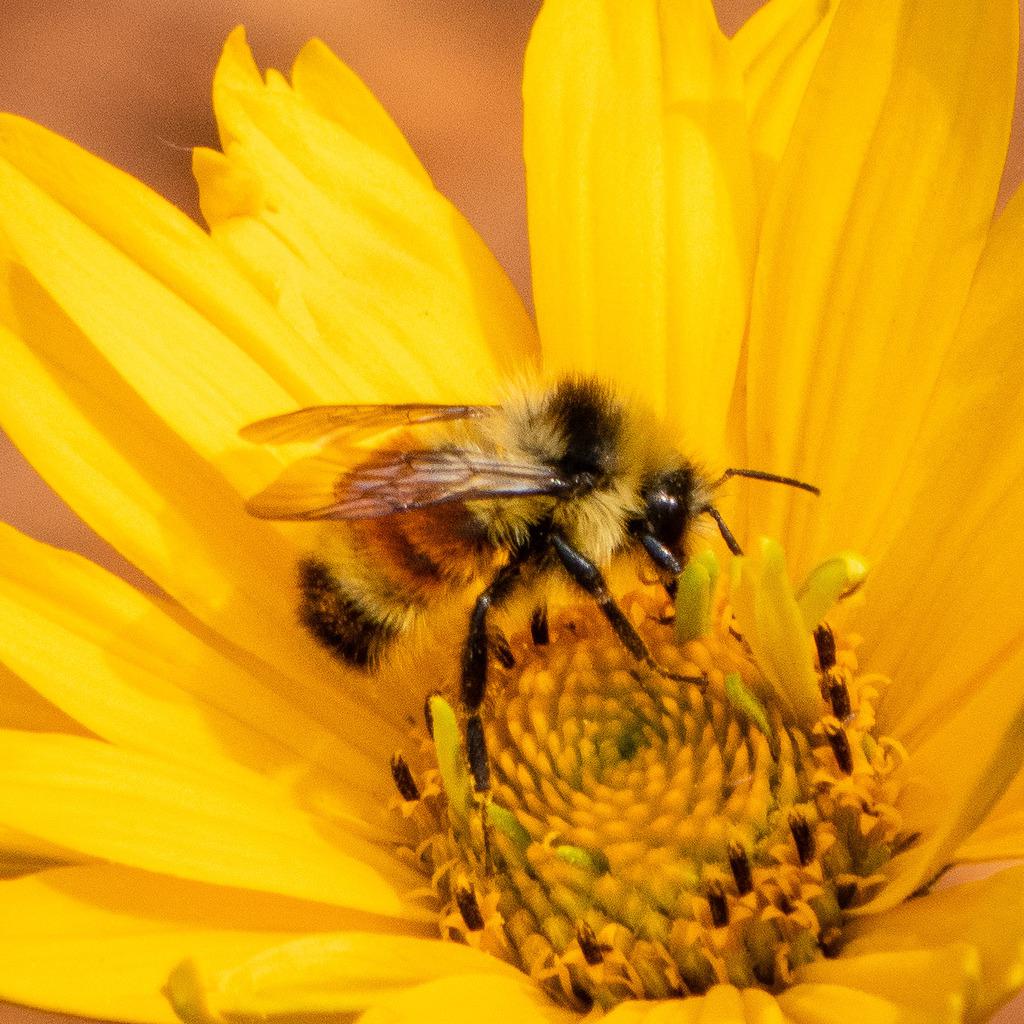 Bumblebee are large, round, and furry with yellow, white, and orange stripes. There are 46 different species in North America.

Like Honey Bee, they form colonies with one queen and many workers. There are approximately 50 bees in a colony and most of them die in winter. However, the colony will have produced multiple new queens who will overwinter and emerge in the spring to start new colonies.

Bumblebee nest on the ground, either in a mouse nest or other burrow or under a pile of garden debris.

Bumblebee are very good pollinators as they pass from plant to plant, sucking up nectar through their long tongue. They have pollen baskets on their hind legs which they pack with a ball of pollen mixed with nectar and saliva.

Did you know? Cuckoo Bumblebee lay their eggs in another bee's nest so that the workers in that nest will rear their young.