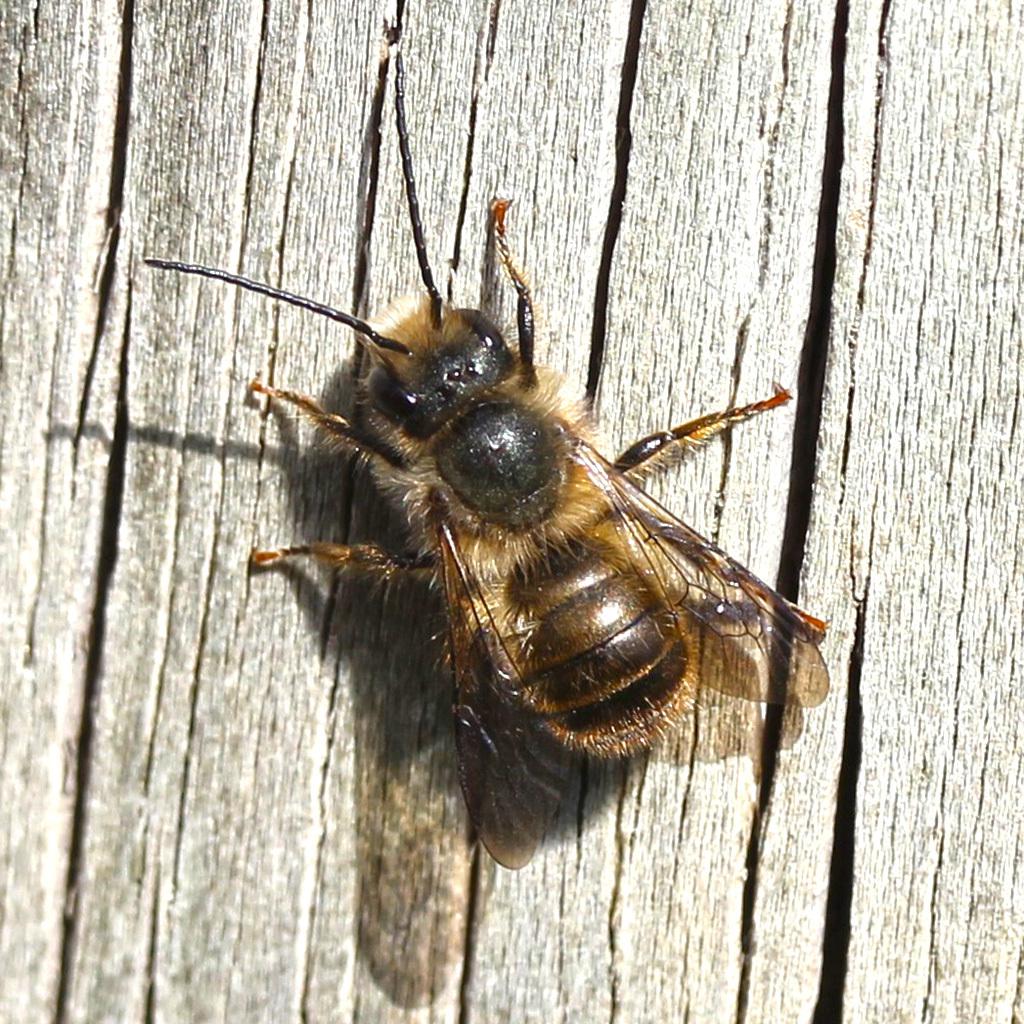 photo by Even Dankowicz CC BY

Mason Bee are small stingless bees (.2-.8 in long) with round, wide heads and abdomens. Most are a metallic blue, green, or even purple. There are over 139 species native to North America. They are most commonly found in the west with greater species diversity in mountainous areas. They're less common in the north and in deserts.

Mason Bee are most commonly seen in spring and play an important role in pollination of spring-flowering trees and shrubs, including Apples, Cherries, Blueberries, and Raspberries. The females carry the pollen in a patch of hair on the underside of their abdomens.

Did you know? Mason Bee spend most of their lives in their nests so protecting the nests from disturbance is important.