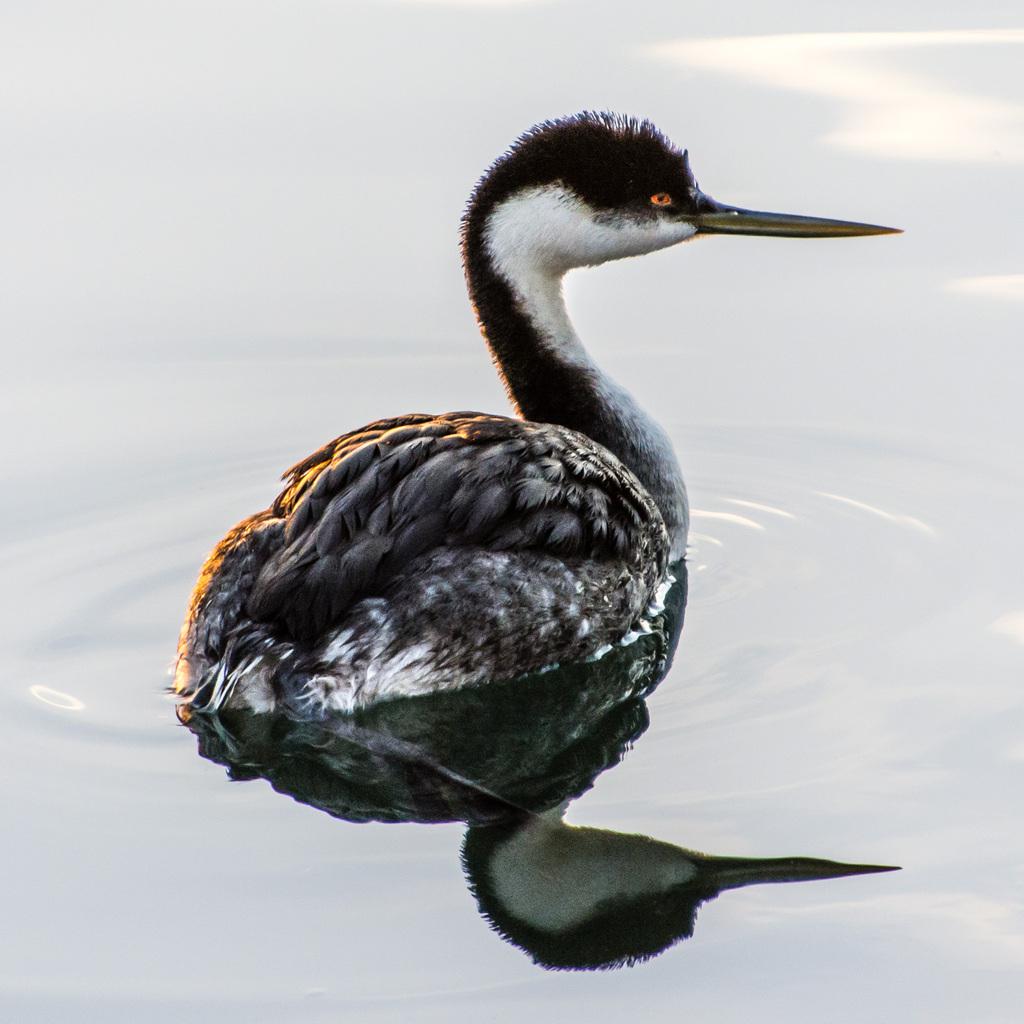 Western Grebe are a medium-sized waterbird (22-30 in) with a long, white neck, a black head and back, and a white underside. They have a long, thin, yellow bill and red eyes.

Western Grebe nest in colonies on freshwater lakes and marshes in western Canada and the United States. Flocks winter along the Pacific coast in sheltered bays or estuaries. Some birds may live year-round in the southwest.

The birds dive from the surface, swimming underwater to catch fish, thrusting their neck forward and spearing it with their bill.

Did you know? The young climb onto their parent's back minutes after hatching. The bare yellow skin on top of their head turns bright red when they are begging for food or separated from their parents.