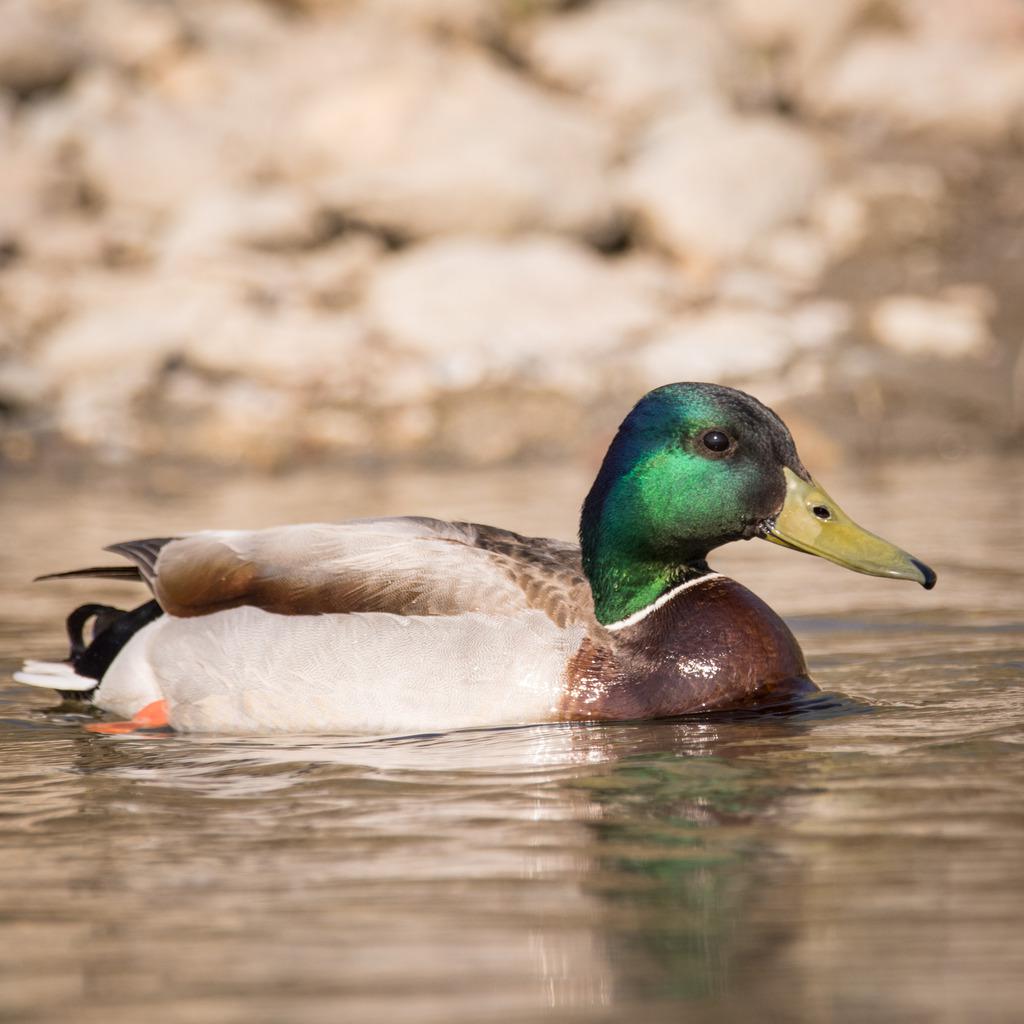 Mallard are large stout birds (20-26 in) and the most abundant, wide-ranging duck on earth. Male Mallard have a shiny green head and a bright yellow beak along with a gray body, a brown breast, and a black rear. Females are mottled brown with an orange-and-brown bill.

Mallard prefer grassy areas around ponds and marshes but can also be found on lakes, rivers, and in cities.

Did you know? A Mallard's nest site may be over a mile from water. Once the ducklings hatch, the hen will lead them to water.