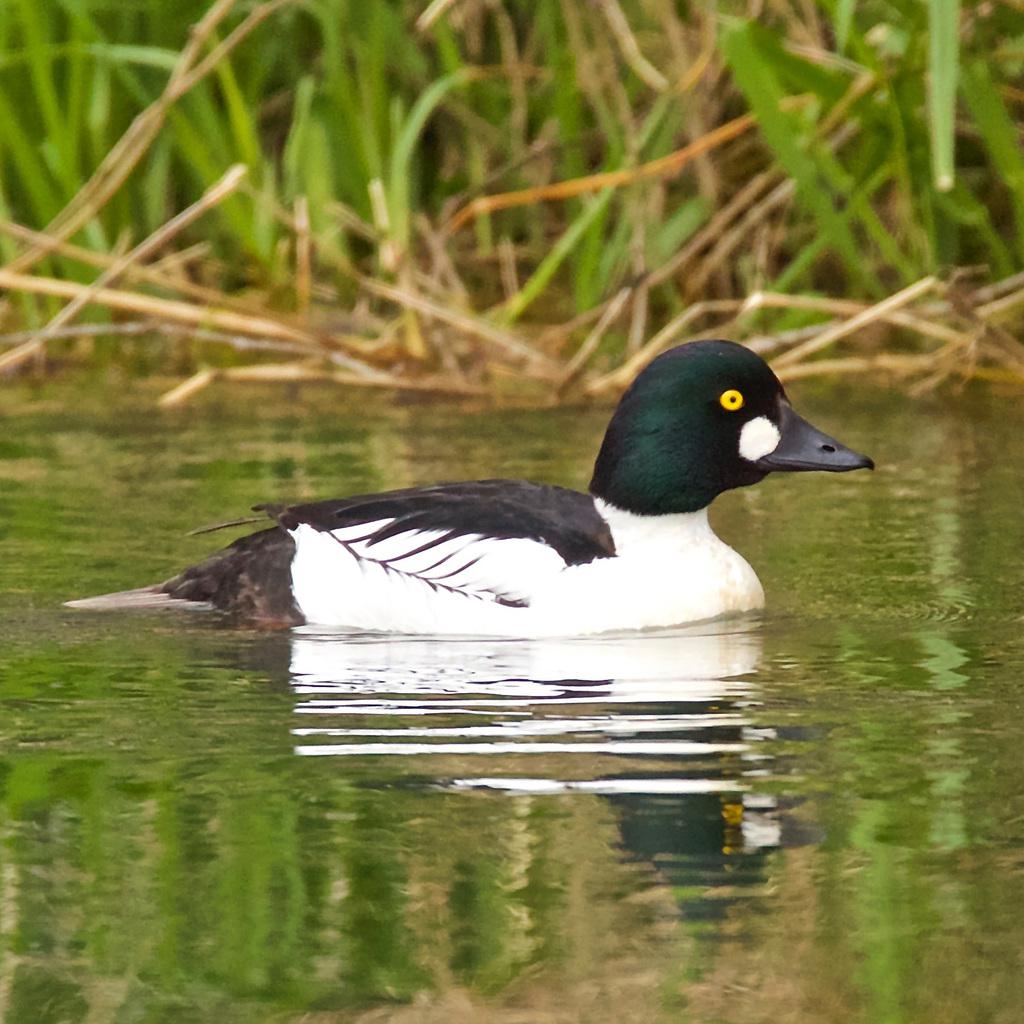 Common Goldeneye are a medium-sized duck (16-20 in) with a bright yellow eye and a large puffy head. Males have a black back and white sides. Their glossy green head often appears black, and there is a large white spot near the bill and below the eye. Females have a brown head and gray back and wings. Both males and females display a large white patch on their wings when flying and their wings make a whistling sound as they fly.

Goldeneye spend their summers in Canada and Alaska's boreal forest where they nest in tree cavities near wetlands, lakes, and rivers. They migrate south in winter to open waters, along the coast or near large inland lakes and rivers, in southern Canada and across the United States. They gather in flocks, often diving simultaneously for food. Some birds can be found year-round in the Pacific Northwest, around the Great Lakes, and in the Maritimes.

Barrow's Goldeneye spend their summers in Alaska and down through British Columbia to southern Alberta. They have a shorter bill and a nearly vertical forehead.

Did you know? Goldeneye chicks leave the nest the day after they hatch. And the first step can be a tricky one as the nest may be 40 ft up a tree. They start feeding themselves immediately.