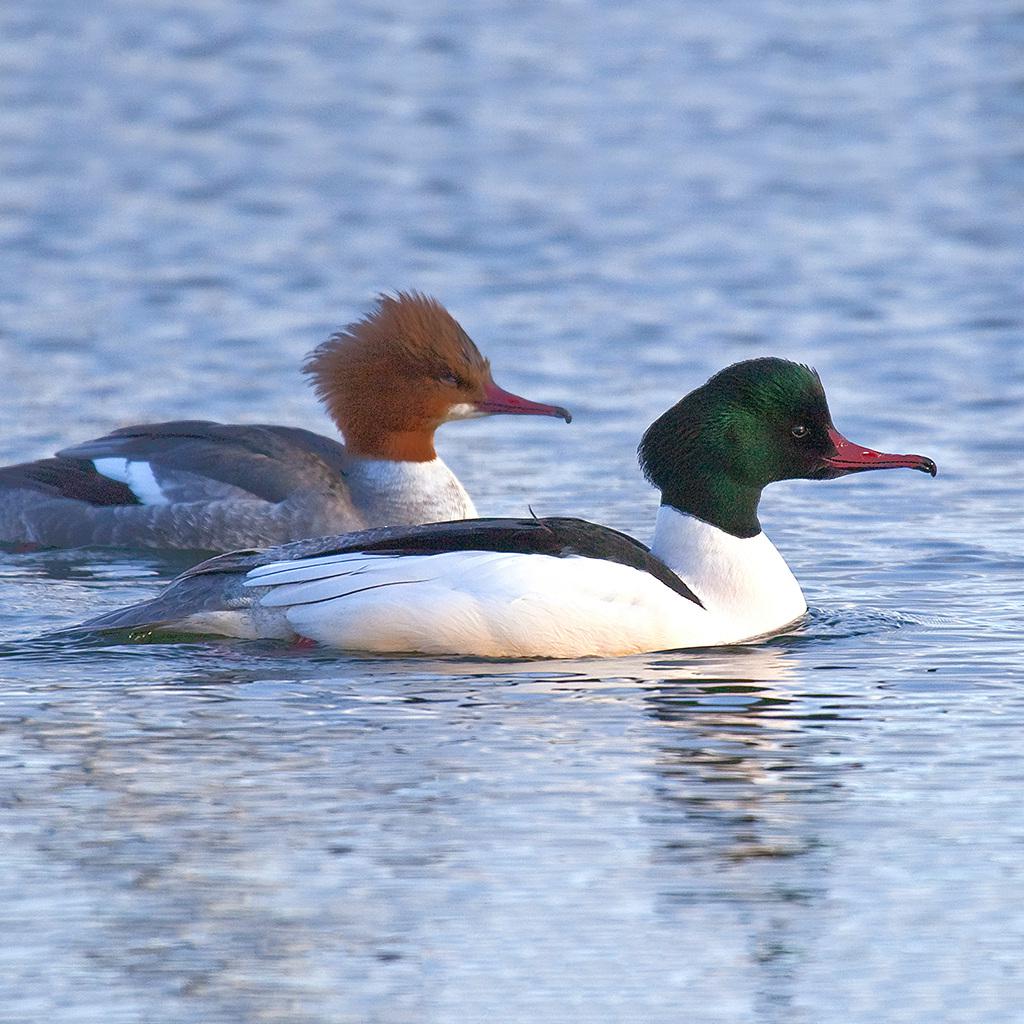 photo by Bengt Nyman CC BY

Male Common Merganser have a white body with a black back (21-28 in) and a dark green head for most of the year. The females are equally colorful with a gray body, rusty-red head and crest, and a white chest. Both males and females have a slender red bill.

Common Merganser spend the summer breeding season on the lakes and rivers of the northern forests of Canada and Alaska. They winter on the lakes and rivers of northern and western United States. Common Merganser can also be found year-round along the coast of British Columbia, in the northwestern United States, and in the Maritimes and along the St. Lawrence. They prefer freshwater but can sometimes be found in harbors and estuaries in winter. They're often found in large flocks.

The birds often nest in hollow trees or cavities up to 100 feet off the ground and within a mile of water. An excellent diver, they feed primarily on small fish but also eat insects and small aquatic creatures.

Could it be? Red-breasted Merganser are smaller and prefer salt water; the males have reddish markings on their chest. Hooded Merganser are much smaller, although the fan-shaped crest makes their heads look very large.

Did you know? Common Merganser have serrated edges to their beaks that help them to hold onto fish.