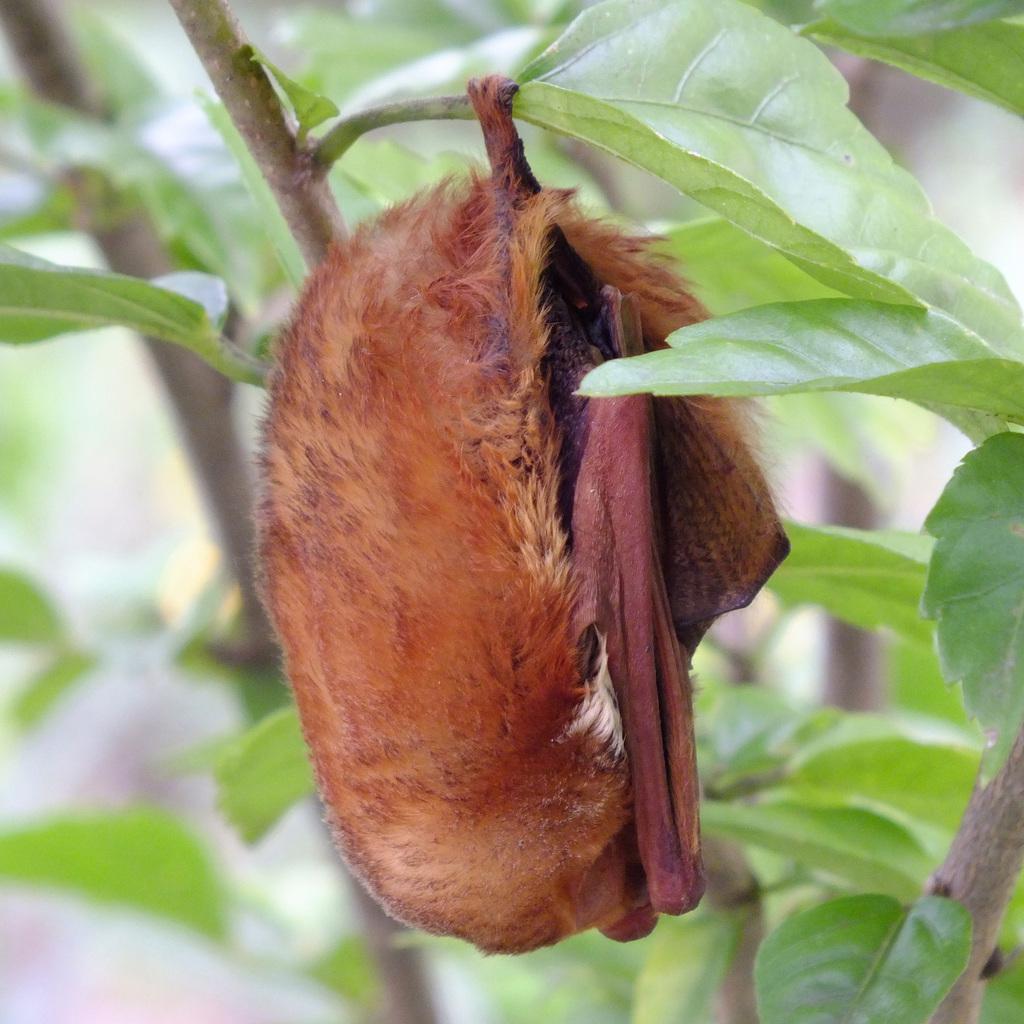 Red Bats are medium-sized bats (12 in wingspan) with a reddish-orange coat. The males are usually redder than the females who have white tips on their fur. Red Bats are solitary and roost well hidden in the thick foliage of forest trees. They often hunt for food around lights and particularly enjoy moths and beetles. Mothers have up to 4 pups, an unusually large litter size for bats.

Did you know? Red Bats hibernate in hollow trees or under leaf litter, using their thickly-furred tail as a blanket to keep them warm.