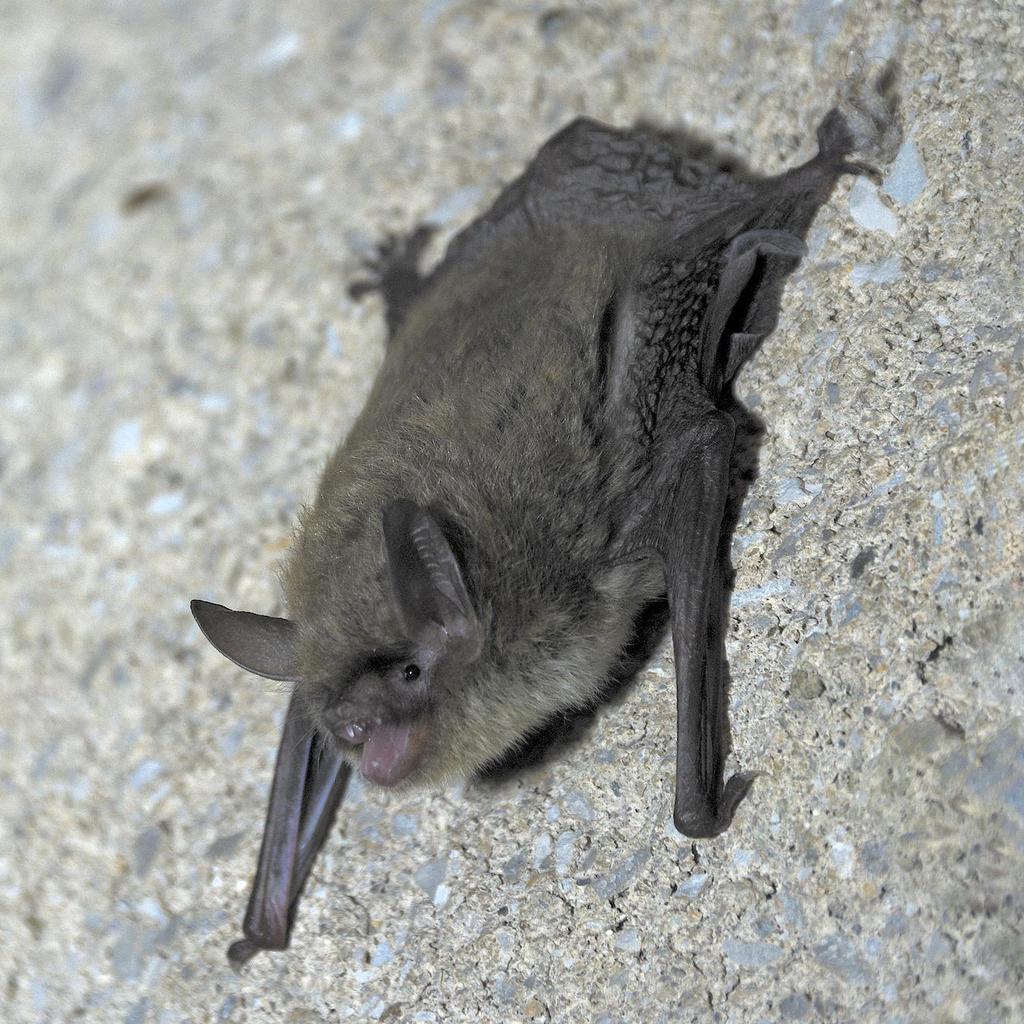 photo by Ralph Arwood CC BY

Northern Long-eared Bats have brown fur (darker on their back than on their underside), long pointy ears and are 3-4 in long with a 9-10 in wingspan. They live in forests across Canada and in the eastern United States.

Northern Long-eared Bats roost under tree bark or in tree cavities and tend to be solitary. They fly through the forest understory hunting for moths and flies, often catching insects resting on vegetation. They are cold-tolerant, hibernating in narrow crevices near the mouth of caves or mines. Mothers give birth to one pup in maternity colonies of up to 30 bats ((maternity roosts are often small as they’re located in crevices and under bark).

Did you know? The number of Northern Long-eared Bats has declined dramatically as they have been badly affected by white-nose syndrome.