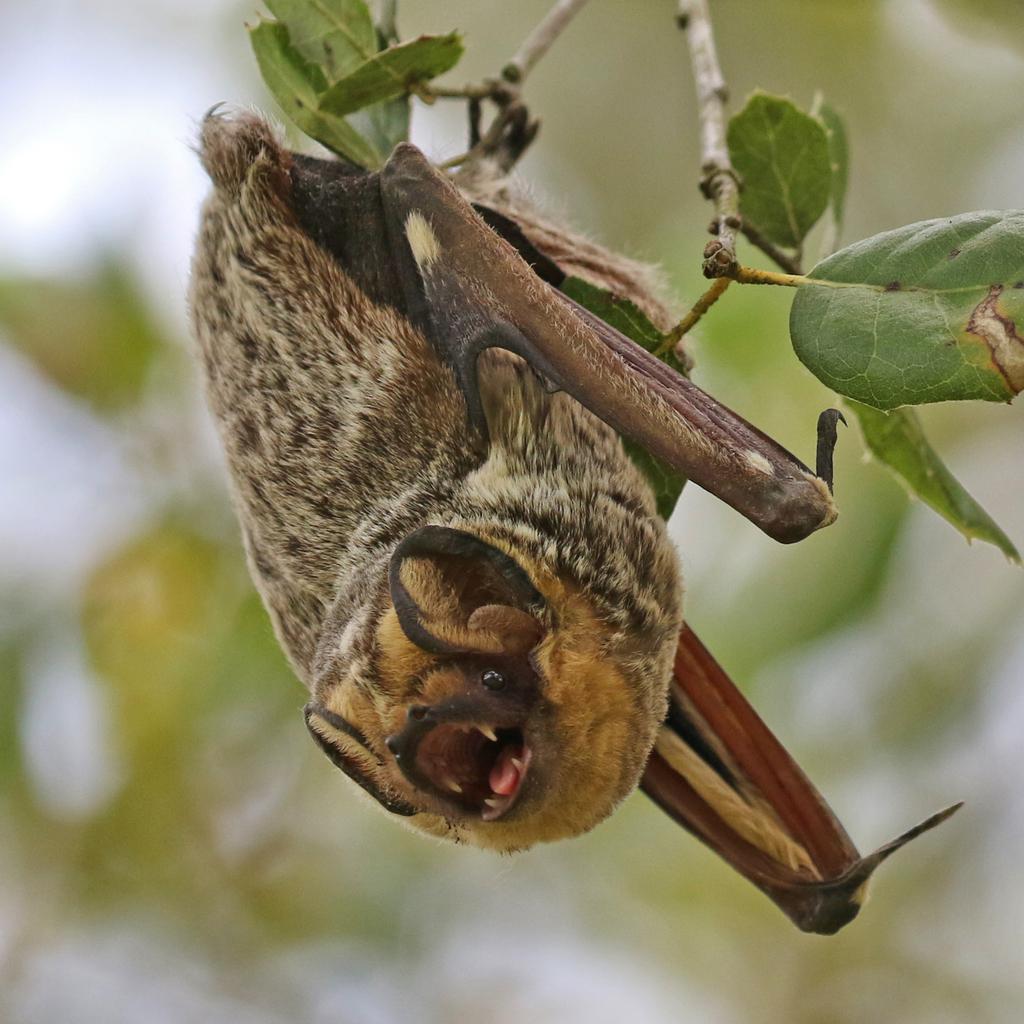 Hoary Bats have long gray and brown fur tipped with white on their back. There are small patches of yellow fur around the face and wrists as well as on the shoulders and under the wings. They are Canada's largest bat (13-16 in wingspan, 5-6 in long, 1.2 oz) and are widely distributed throughout Canada and the United States. They are the only bat found in Hawaii.

Hoary Bats roost in tall trees, coming out at night to hunt flying insects. Their low-frequency calls can travel a long distance. This, along with their speed, lends itself to hunting for large moths, beetles, and dragonflies. They roost alone except for mothers with their twin pups. Hoary Bats are migratory and need to fly fast and high, which puts them at risk of getting hit by wind turbines.

Did you know? Their thick fur probably serves as insulation, while the mottled coloring blends in well with lichen-covered bark on the trees where they roost.