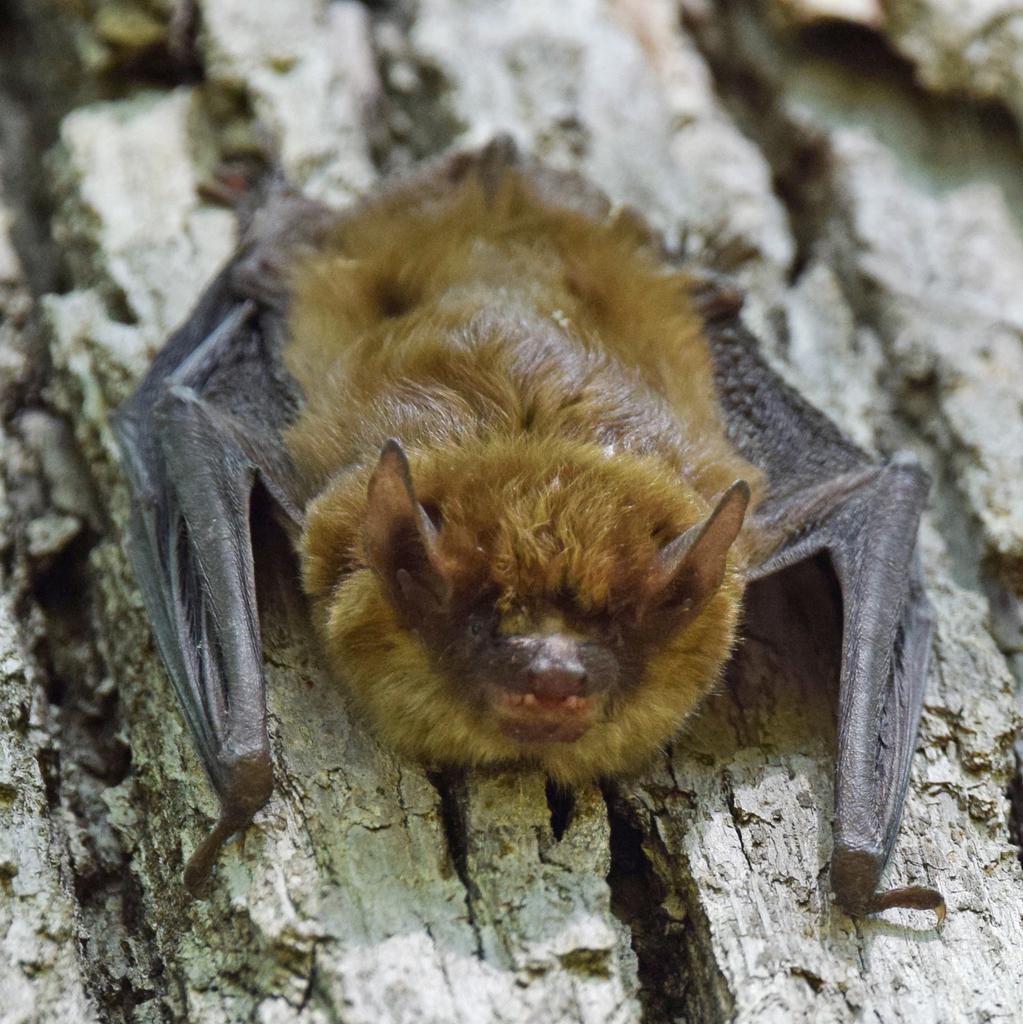 photo by Reago & McClarren CC BY

Little Brown Bats have light brown fur, weigh less than half an ounce and have a wingspan of 8-11 in. They are abundant across North America although they're present in lesser numbers in the southern states.

Little Brown Bats live in large colonies, leaving their roost at dusk and dawn to hunt for insects. Summer roosts are tree cavities and buildings (often used by maternity colonies). They hibernate over the winter in caves or abandoned mines.

Little Brown Bats fly and forage close to the surface of water and eat a great many aquatic insects such as Caddisfly and Mayfly.

Did you know? Little Brown Bats can eat up to 1,000 small flying insects in under an hour.