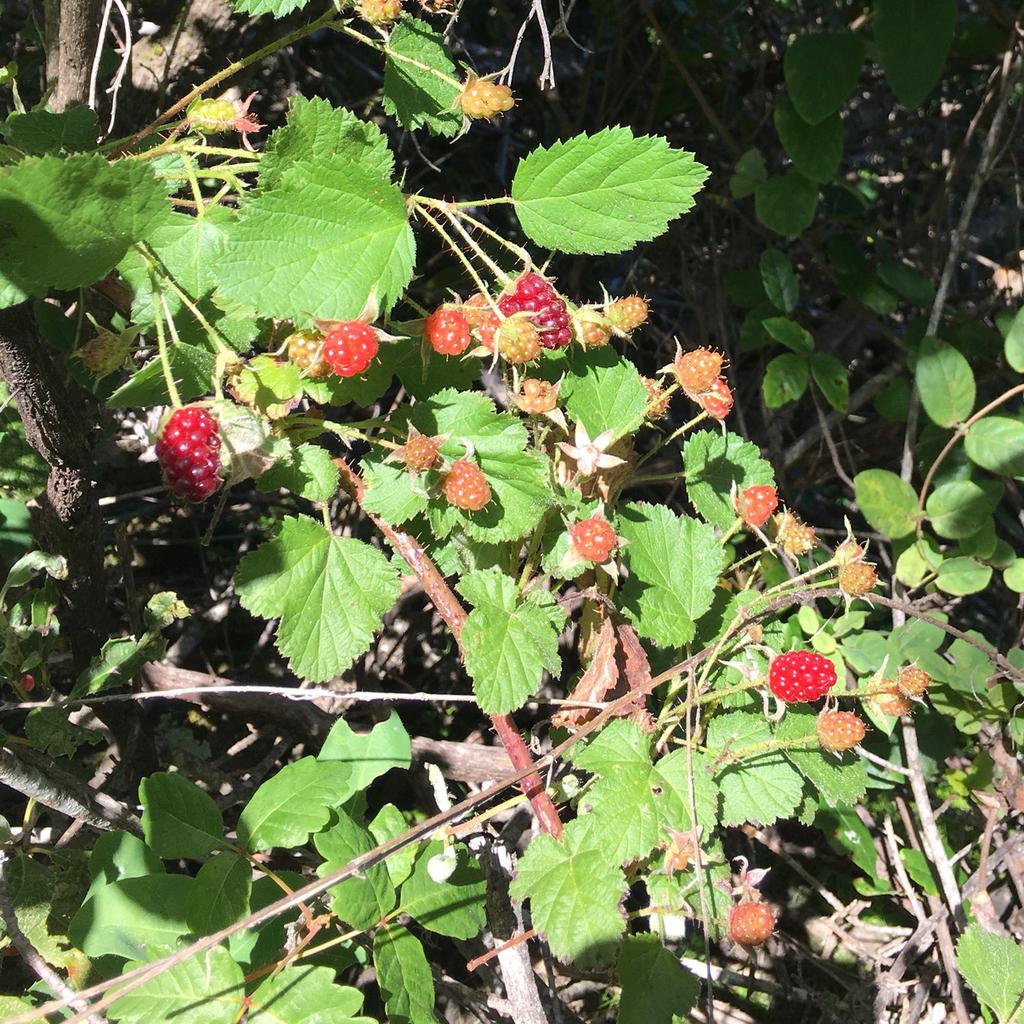 Blackberry bushes are very common in the Pacific Northwest. Up to 9 ft tall, they form dense, thorny thickets in sunny areas beside roads and streams or in fields and waste areas. They grow best in regions with cool temperatures and lots of moisture.

The Pacific or Trailing Blackberry is native to the Pacific Northwest with long, arching canes that send out roots once they touch the ground. It loses its leaves in the fall. Small white or light pink flowers appear in the spring or early summer. The fruit is initially red, turning black when ripe.

The Himalayan Blackberry, also common in the Pacific Northwest, is an introduced species. It is more upright and maintains its leaves all year round. The Allegheny Blackberry is common in central and eastern North America and forms an erect shrub.