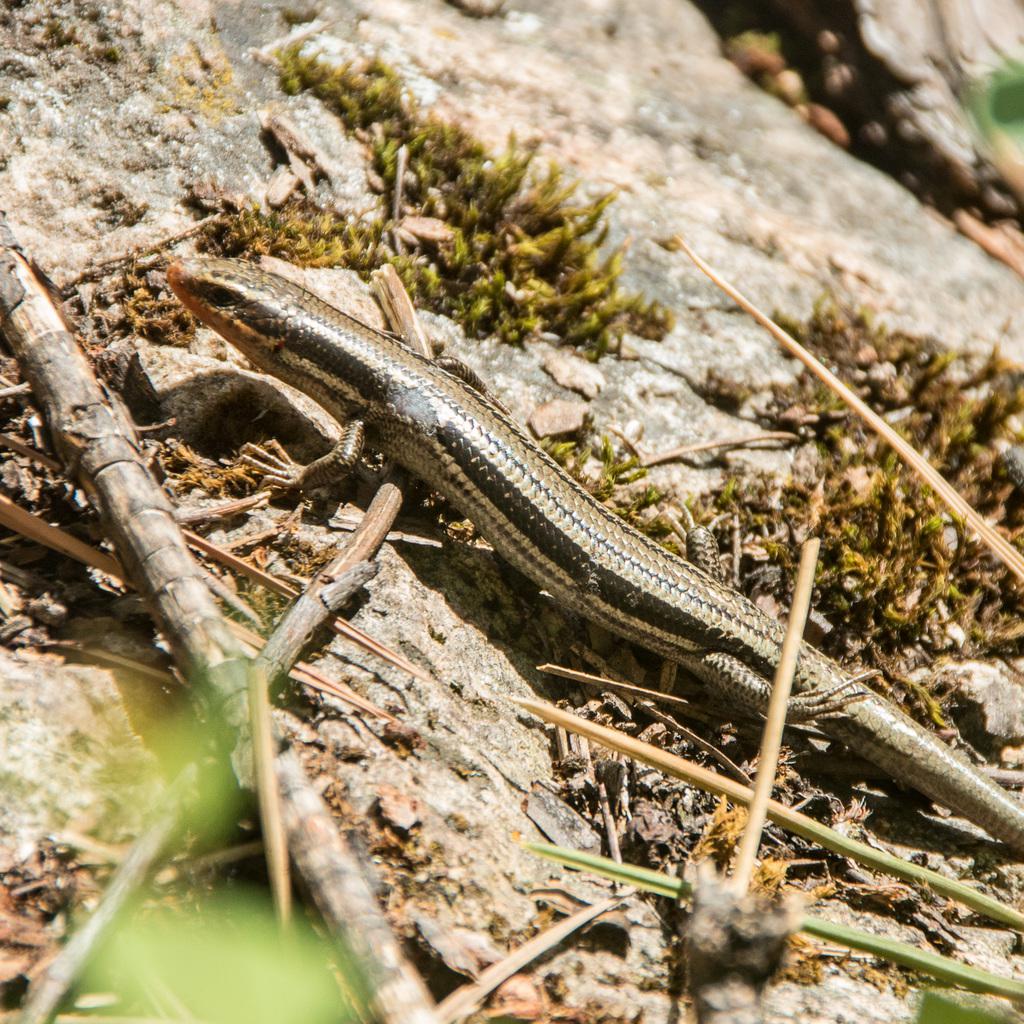 Western Skink are long, narrow lizards (up to 8 in) with smooth, shiny scales, a pointed head, and short legs. The tail, especially in young Skink, is bright blue. They have a dark brown body, a light-colored belly, and 4 creamy stripes running from head to tail. The chin and side of the face often have an orange tint during breeding season.

When they aren't hunting for insects or sunning themselves, Western Skink stay under cover - either in a burrow or under leaves, logs, or rocks. They hibernate over winter in communal dens, often with lizards or snakes as well as other skinks.

Western Skink are found in south-central British Columbia south to Baja California and east to Montana, Utah, and Arizona. They can be found in grasslands and forested areas where there is plenty of plant cover as well as on south-facing slopes or rocks during their winter hibernation.

If attacked, Western Skink can cast off their tail. The tail continues to wiggle, distracting the predator, and giving the skink a chance to escape. The tail will grow back, but it will be darker and less evenly shaped.

Could it be? Many-lined Skink are found on the central Great Plains of the United States. They have more stripes and a longer tail.

Did you know? Female skinks lay 2-6 eggs in July or August. Unlike other lizards, they stay with their eggs, protect them from predators, maintain the nest, and even lie on the eggs to keep them warm.