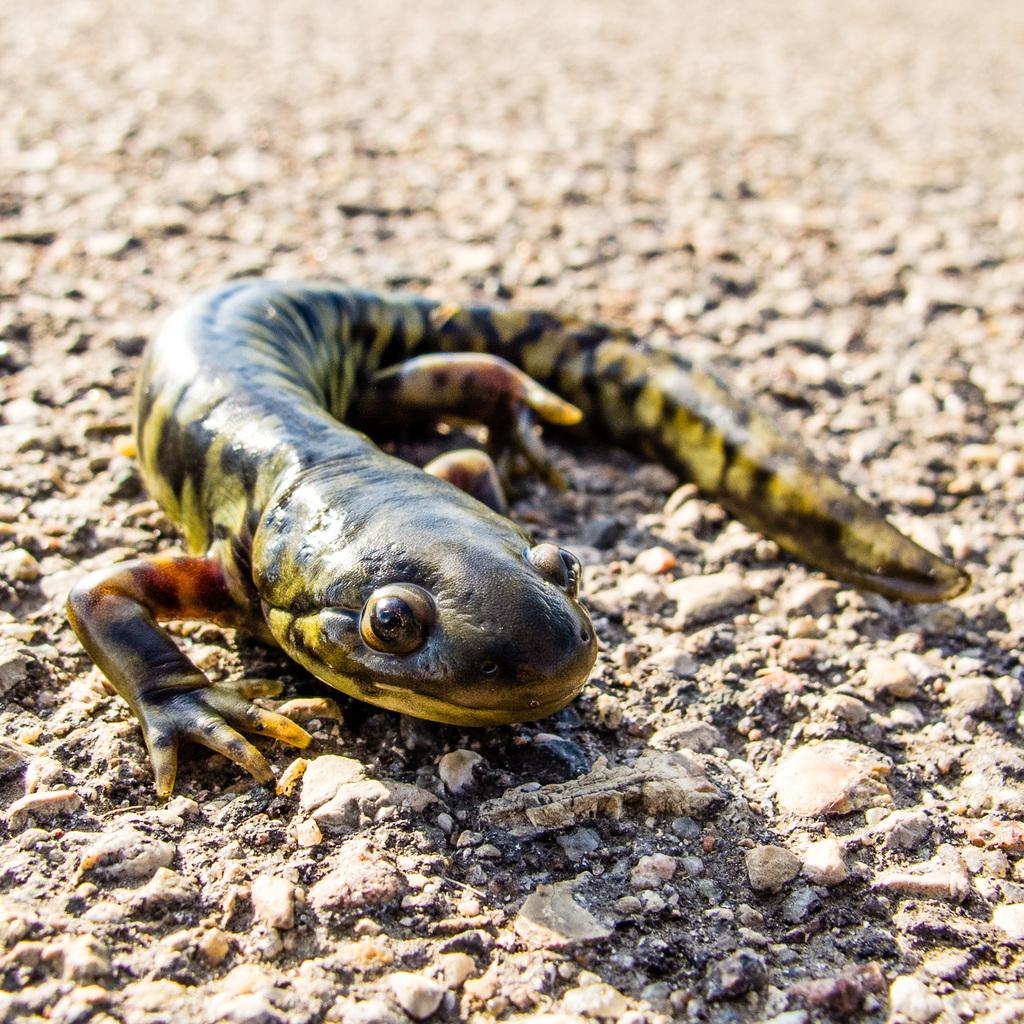 Tiger Salamander are thick-bodied amphibians with a short snout, sturdy legs, and a long tail. They have yellow dots, stripes, or blotches on a moist dark background. They are usually 6-8 in long but can be up to 14 in. Unlike lizards, salamanders don't have ear holes or claws.

Tiger Salamander are the largest land-dwelling salamander in North America and can be found in most parts of the United States and Canada.They eat mostly worms, insects, and spiders although adults may eat larger creatures such as small frogs or baby mice. They migrate to small ponds in late winter/early spring to lay their eggs, which they attach to underwater rocks or branches.

Tiger Salamander can be hard to spot as they are nocturnal and hide under logs or in deep underground burrows that protect them from extreme temperatures. This is why they're also known as Mole Salamander. Look for them near ponds and streams or after a heavy rain.

Did you know? Tiger Salamander don't need to drink. They absorb water by sitting in puddles or on dew-covered rocks.