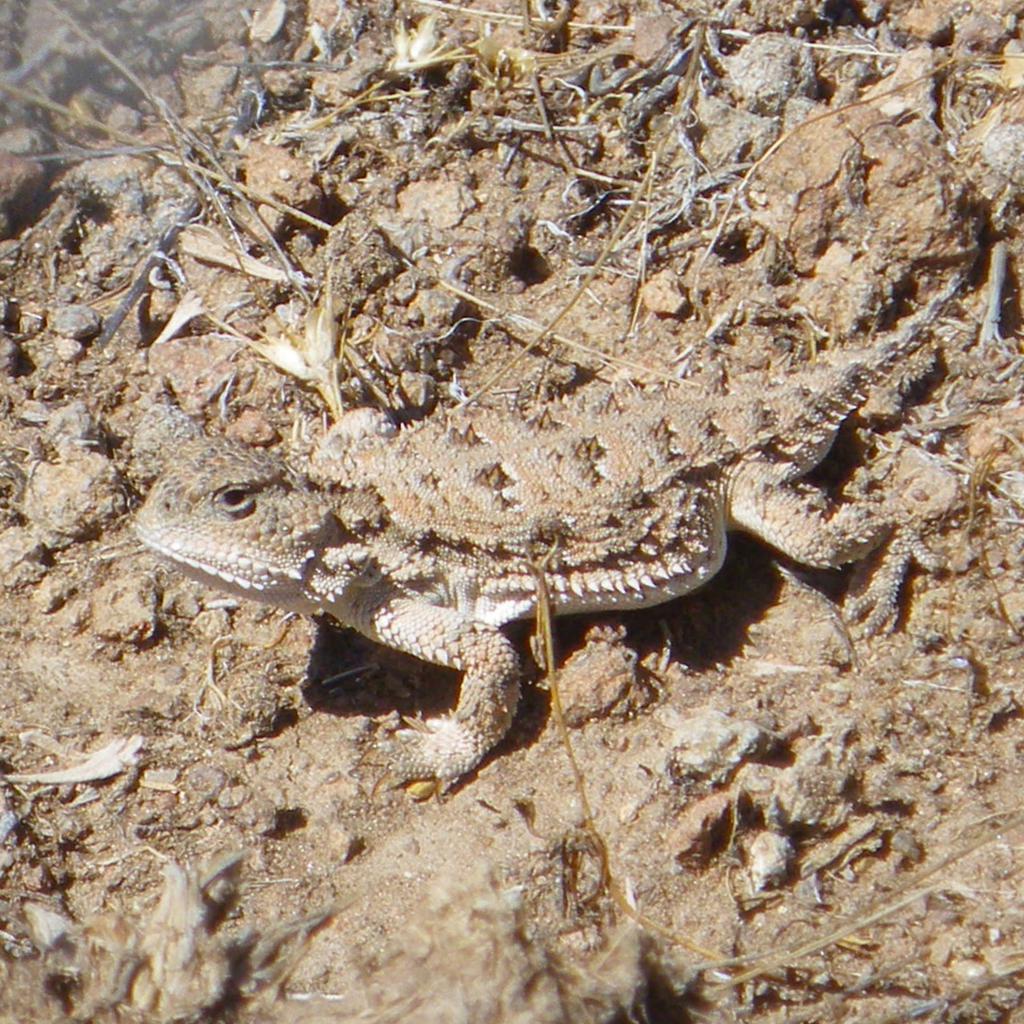 Short-horned Lizard are small (3.5-6 in), flat, and round with a short, pointed tail. They have a crown of short, pointy scales (horns) on their head and short, pointed scales on their back. Their coloring varies from yellow to gray to reddish-brown to match their environment.

Short-horned Lizards live on the deserts and semi-arid plains of the western United States. They are rare in Canada and are only found at a few spots in Alberta and Saskatchewan. They hide behind rocks and burrow in sandy soil. They eat ants, grasshoppers, beetles, and spiders and are active in the daytime. The females keep their eggs inside their bodies and give birth to live young.

Mountain Short-horned Lizard are reddish with prominent horizontal spines and range from southern Utah and western Colorado through Arizona and New Mexico with rare, localized populations in southeast Alberta.

Did you know? Short-horned Lizards inflate their body to twice its normal size and shoot blood from their eyes to try to ward off predators.