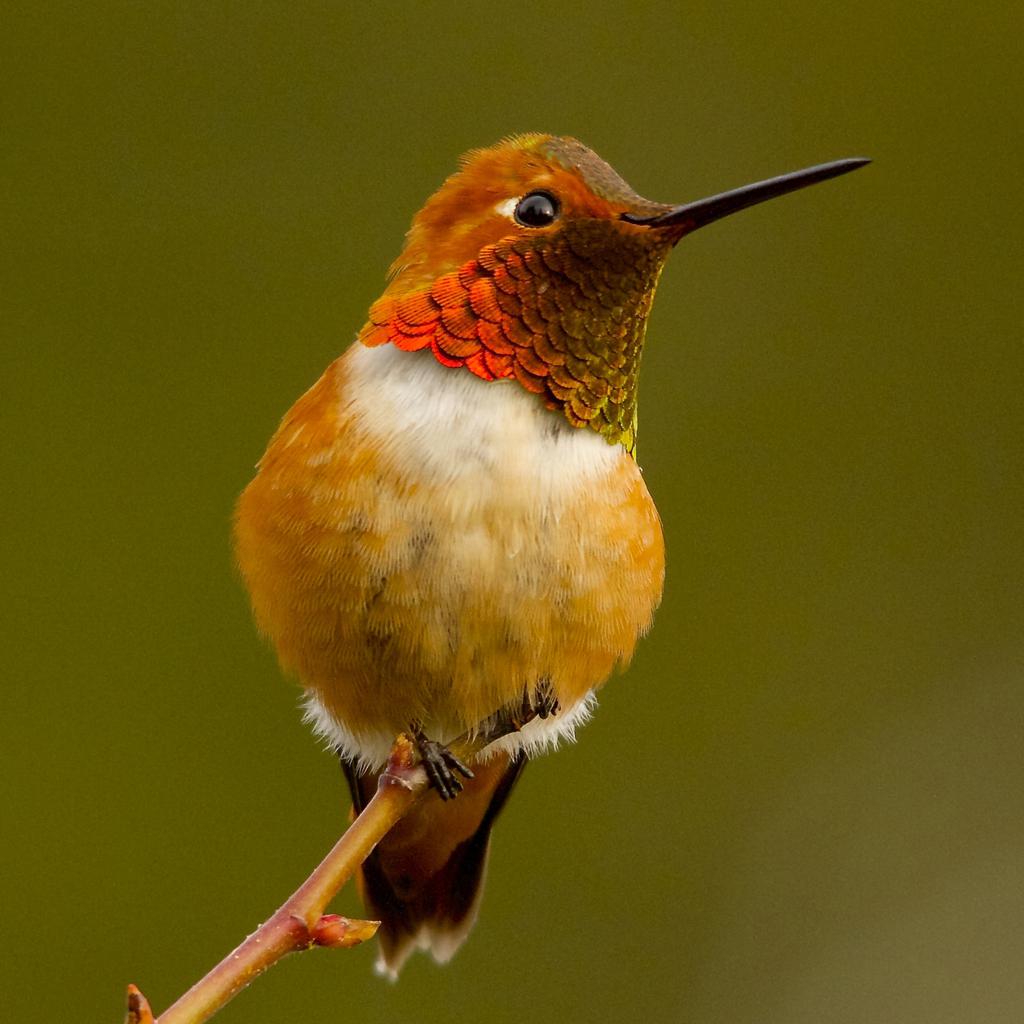 These feisty little birds (2.8-3.5 in) will defend their territory against birds many times their size. They are often seen at backyard hummingbird feeders. Males have an orange back and belly and a shiny red throat. Females are green with rusty-red sides, rusty patches on the tail, and an orange patch on the throat.

Rufous Hummingbird are common summer visitors to the northwest, breeding as far north as southeastern Alaska. Some winter in the Gulf coast states, while others head to Mexico and Central America. Some can be found year-round in the southwestern United States. Migrating birds move up the Pacific coast in late spring/early winter and return south via the Rocky Mountains.

Could it be? Rufous and Allen's Hummingbird are very difficult to tell apart. Male Allen's have a green back and rump, while the male Rufous are rusty-orange. Ruby-throated Hummingbird have gray sides.

Did you know? Females begin nesting within 3 days of arriving in their summer breeding grounds. They hide their nests under drooping branches in tall trees.