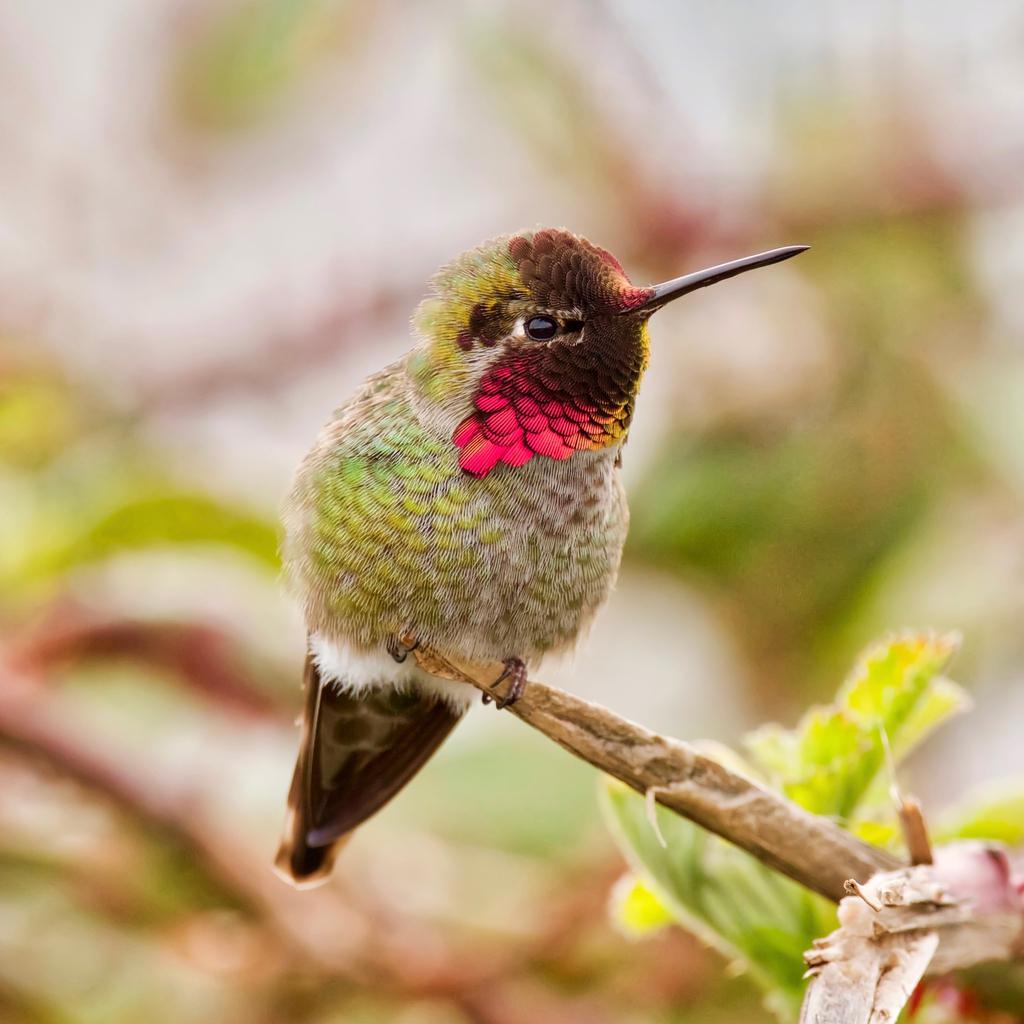 Common along the Pacific coast from British Columbia to California as well as east into Arizona, Anna's Hummingbirds (3.5-4 in) are a stocky hummingbird with a green-gray back. Males have a rosy red crown and throat, which can look dull brown or gray if there is no sunlight. Females have a small red patch on their throat.

Anna's Hummingbird eat small insects and flowering plant nectar and are common in urban areas. When courting, the males climb up to 130 ft in the air, swooping to the ground with a burst of noise they produce with their wing feathers.

Did you know? Female Anna's Hummingbirds sit in the nest and build the rim up around themselves. The nest is made of plant down and small feathers held together with spider webs and insect cocoons.