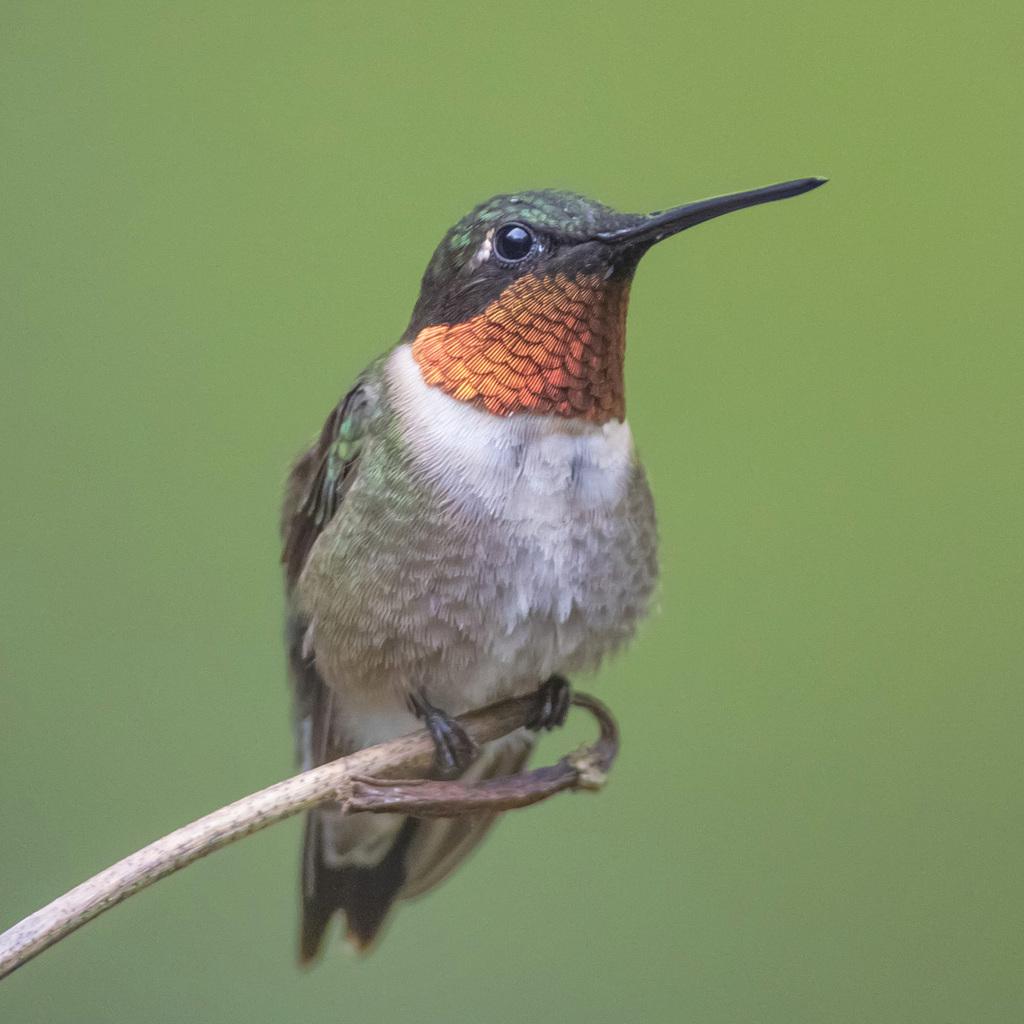 photo by Rick from Alabama CC BY
male

Ruby-throated Hummingbird have a shiny green back and crown with a gray-white belly. Males have a ruby-red throat. These slender, tiny birds (2.8-3.5 in) have a slightly downcurved beak and short wings.

Ruby-throated Hummingbird live in woodland areas as well as urban gardens with lots of flowering plants. They are the only hummingbird species to breed in eastern North America but can also be found in Alberta, Saskatchewan, and Manitoba. They fly south to Central America every winter, crossing the 800 km expanse of the Gulf of Mexico. A few over-winter on the Gulf coast or at the tip of Florida.

Ruby-throated Hummingbird beat their wings 53 times a second. They can hover in place and change direction extremely fast.

Could it be? Male Anna's Hummingbird have glittering red foreheads as well as throats. Male Black-chinned Hummingbird have a black chin with a purple strip at the base, while the females have longer wings that reach the tip of their tail.

Did you know? Ruby-throated Hummingbird have very short legs and can neither hop nor walk, although they can shuffle sideways when perched.