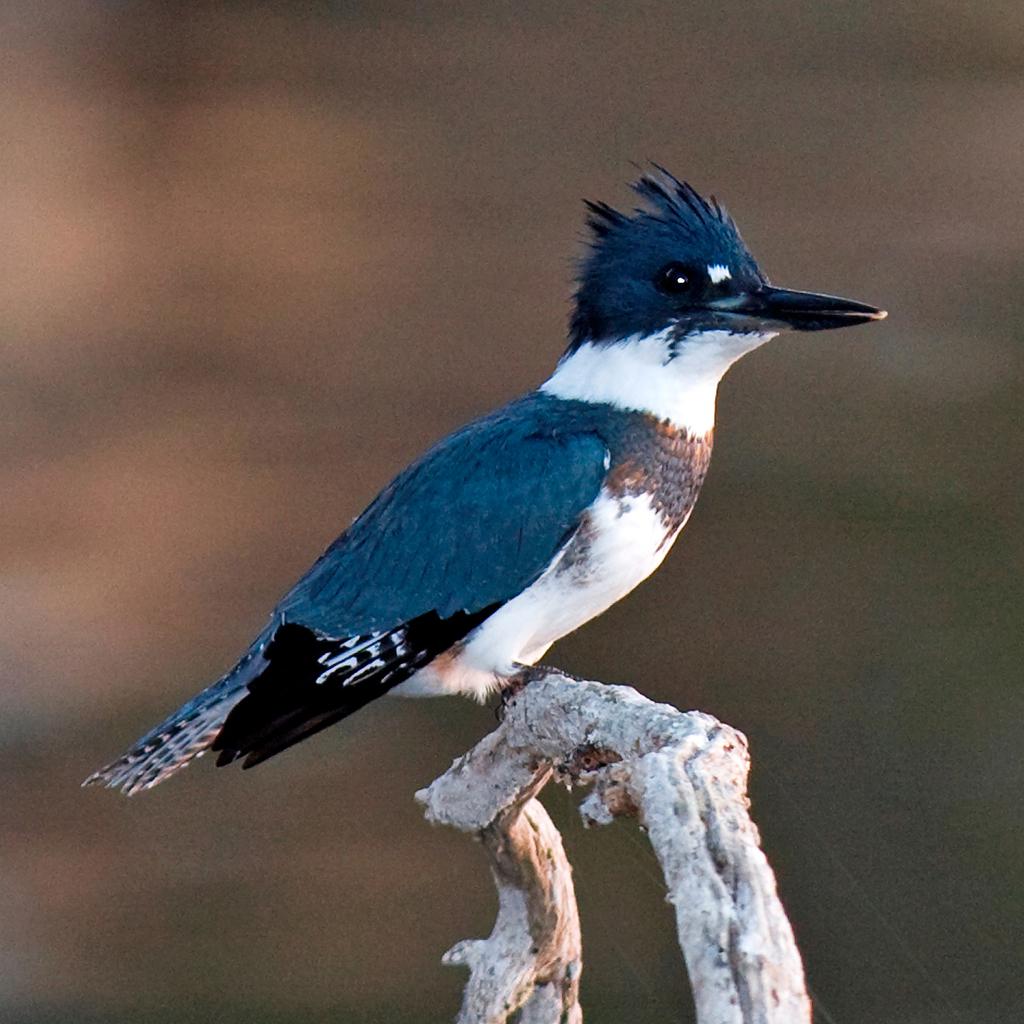 photo by Kevin Cole CC BY

Belted Kingfisher can be found near lakes, ponds, and saltwater estuaries. They have a blue-gray body (11-14 in, wingspan of 19-23 in), a white chest, and a large head with a shaggy crest and dagger-like bill. Females have blue and chestnut bands across their breast; males only have a blue band. Listen for their loud, rattling call.

Belted Kingfisher can be seen perched on riverside branches looking for fish or diving headfirst into the water to catch fish or crayfish.

Some Kingfisher migrate, spending their summers in Alaska and Canada and their winters in the Florida Panhandle and along the border of the USA and Mexico. Other birds live year-round in continental USA.

Belted Kingfisher dig a nest tunnel 1-8 ft deep in the banks of rivers or streams.

Could it be? Green Kingfisher, found in south Texas and sometimes Arizona, are green and white and half the size of a Belted Kingfisher. Ringed Kingfisher, sometimes found in Texas, are much larger (size of a Crow). Blue Jay are smaller with a peaked crest and a black necklace rather than a blue band across the chest.

Did you know? Once Belted Kingfisher catch their prey, they return to their perch and beat it against a branch to soften it. Sometimes they throw the prey into the air to reorient it for easier swallowing. They regurgitate pellets of food they can't digest (fish bones and scales, shells).