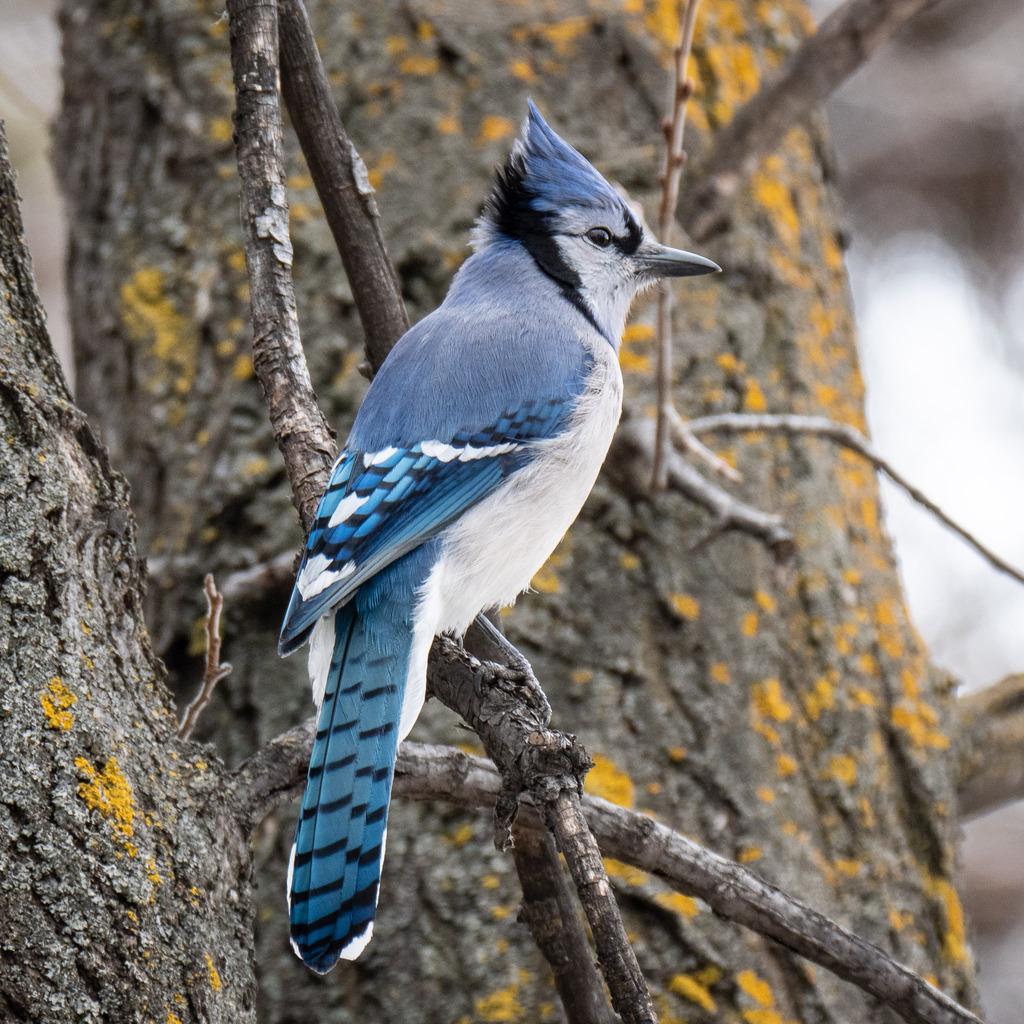 With a bright blue back, crest, and tail and a noisy call, Blue Jay (10-12 in) are show-stoppers. They have a white face and a black band around the neck and over the top of the head as well as black and white markings on their wings and are light gray underneath.

Blue Jay are present year-round in northeastern Canada and the United States. Birds from northern areas often migrate to the southern United States although not every year and not always to the same location. Large flocks can sometimes be seen migrating over the Great Lakes and Atlantic coast.

Blue Jay are forest birds, favoring Oak and Beech trees for their nuts. They also eat insects, fruit, and grain. They are often found at forest edges and in urban areas.

Could it be? Steller's Jay, found in western North America, have a black head and chest and no white markings.

Did you know? Blue Jay help plant trees by storing surplus acorns in holes in the ground and then forgetting about them.