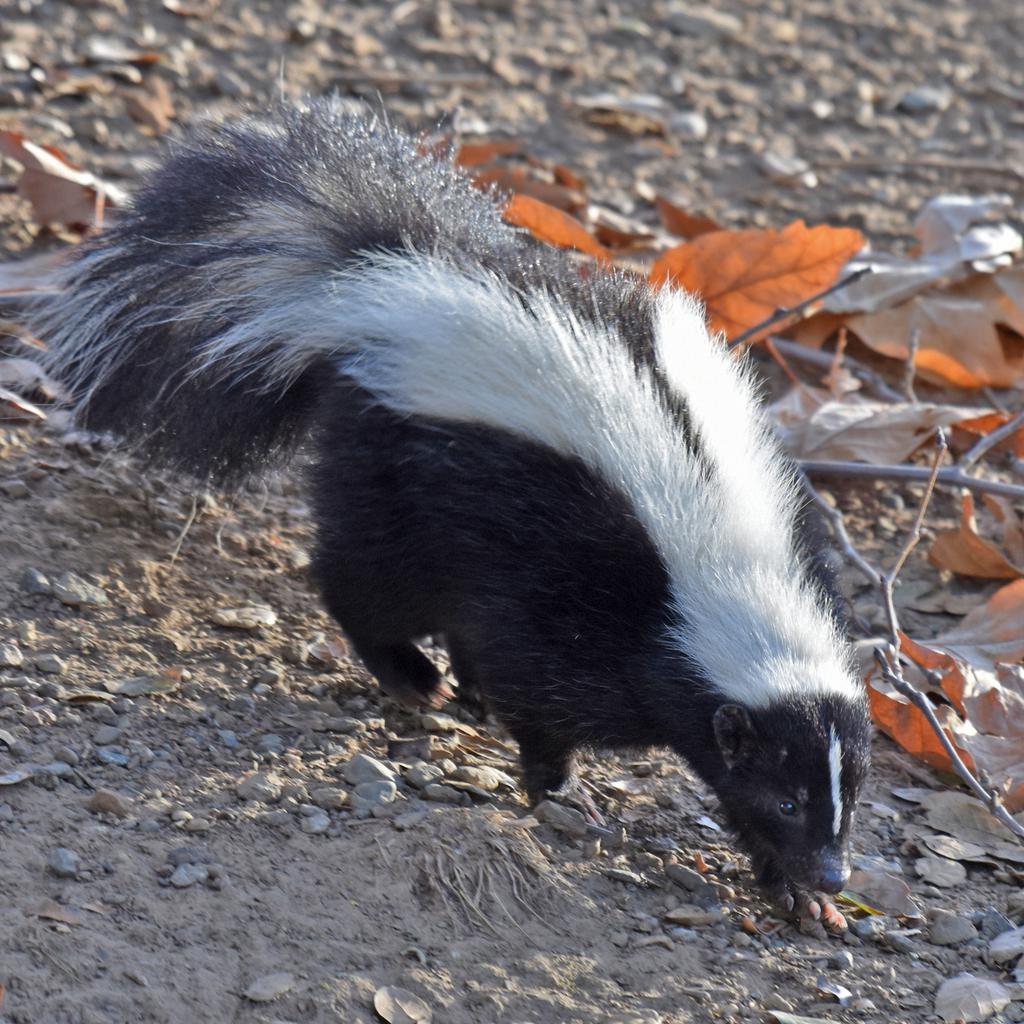 Striped Skunk have two thick white stripes down their black back and bushy tail and a thin white stripe on their forehead and snout. They are found in southern Canada and throughout the United States. They are abundant in farming areas but can also be found in deserts, grasslands, forests, as well as towns and cities.

Skunks are nocturnal. They eat whatever they can find, from insects and eggs to frogs and young birds. They are solitary animals and shelter under buildings, in abandoned animal dens, or hollowed logs. They prefer underground dens in winter when they are much less active.

The males breed with multiple females. The young are born from February to May and are weaned at 6-7 weeks. After that, they form a single file behind their mother as they learn to hunt and forage.

Other animals have learned to avoid skunks so that they will not be sprayed with a foul-smelling liquid. Before spraying, skunks stamp their feet, arch their back, and raise their tail.

Spotted Skunk have white blotches on their head and body and can be found across the continental United States and occasionally in southern British Columbia.