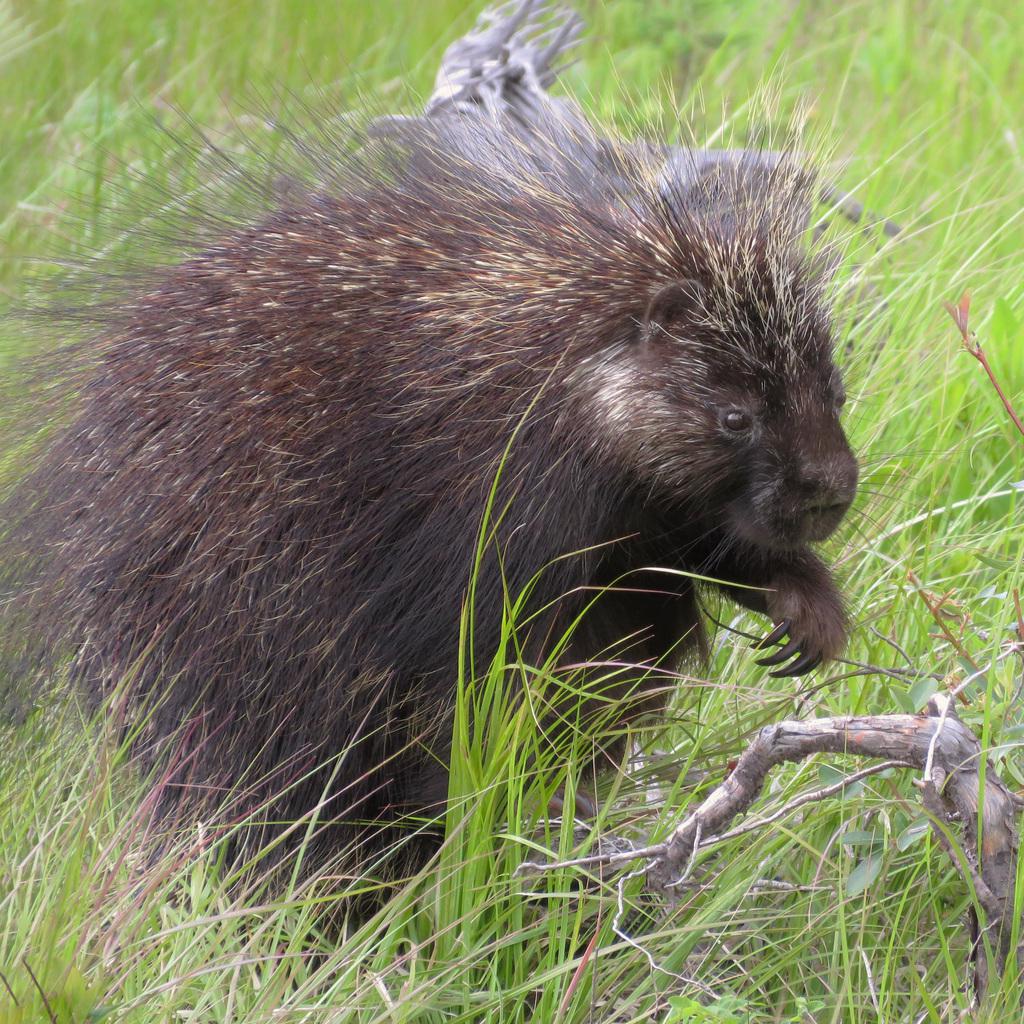 Porcupine have a chunky body (2-3 ft head to tail), short legs, humped shoulders, and a short, blunt-nosed head. They have over 30,000 needle-like quills, modified hairs that are longest on the head and back. When threatened, Porcupine chatter their teeth and emit a pungent musky smell as a warning. They can't shoot their quills at a predator, but the quills detach easily when touched and can become firmly embedded.

Porcupine are good climbers and spend much of their time in trees in North American forests. They're often found near rock piles or caves where they have a winter den. Porcupine are nocturnal, sluggish, and near-sighted. They eat bark, stems, leaves, and catkins. They're attracted to the salt on winter roads so keep your eye out for them when driving at night.

Porcupine are solitary animals but may group together in a winter den or around a food source. They mate in the fall and babies are born in the spring. The baby Porcupine (porcupettes) are born with their eyes open, sporting tiny soft quills and budding teeth. They will be on their own in just 5 months.

Did you know? Old World Porcupines live in southern Europe, Asia, and Africa. They are larger than North American Porcupines, their quills are grouped in clusters, and they don't climb.