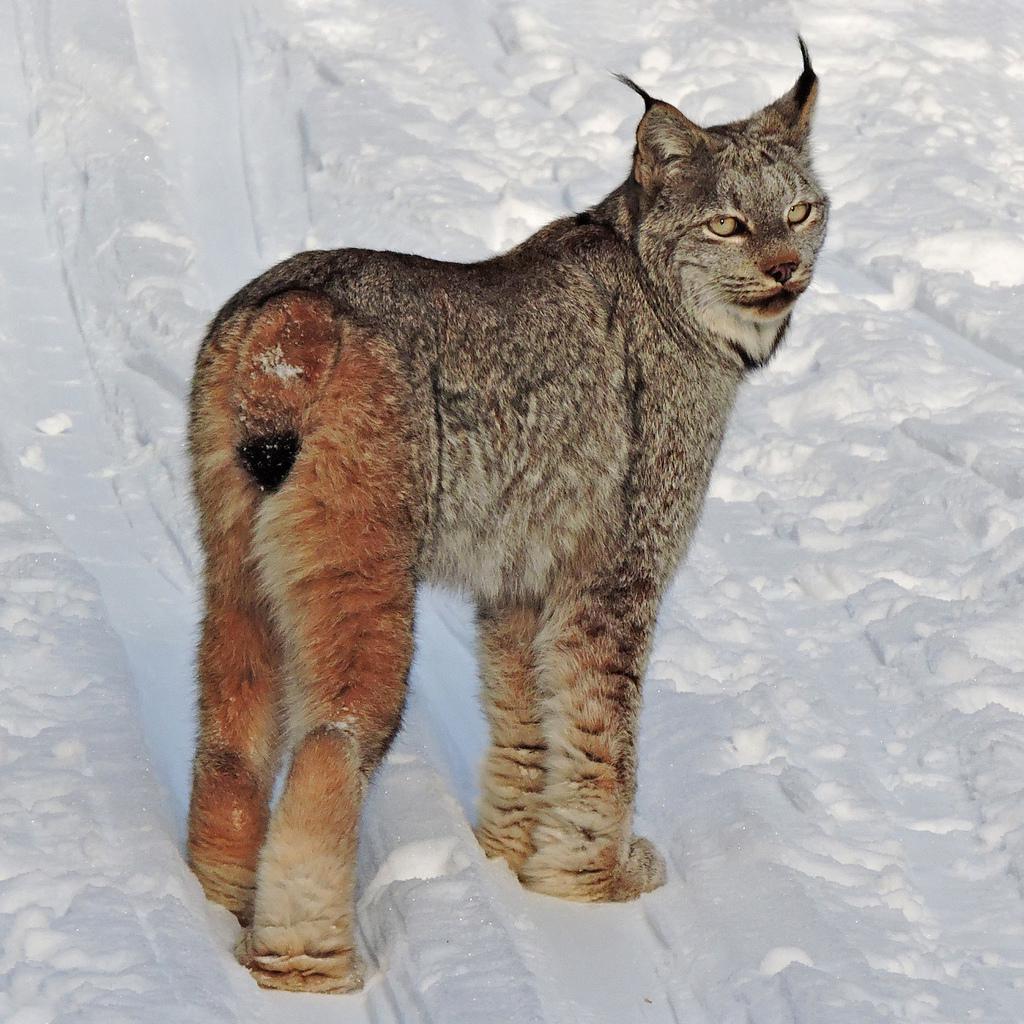 Canada Lynx are solitary, seldom-seen cats found in northern boreal forests, primarily in Canada, but there are a few in forests and mountainous areas near the US/Canada border. Lynx are 2 ft tall and 3 ft long with tufts of black hair on the tips of their ears, a short tail with a black tip, and tufts of beard-like fur on the sides of their face. They have long legs and a very wide face.

Lynxes' large furry paws act like snowshoes, making it easier for them to move around in deep snow. Lynx feed almost exclusively on Snowshoe Hare, although they will eat other small animals if there aren't many Hare. They are very territorial, refusing to share their territory with other Lynx and only come together to mate.

Could it be? Bobcat are similar in appearance but have smaller feet, shorter legs, spotted fur, and smaller tufts on their ears. Bobcat have black stripes around their tail and the tip is black on top but white underneath. They are also more common further south. Cougar are twice as long as Lynx.

Did you know? Lynx hunt at night and are so well adapted to the darkness that they can spot prey from 250 feet away.