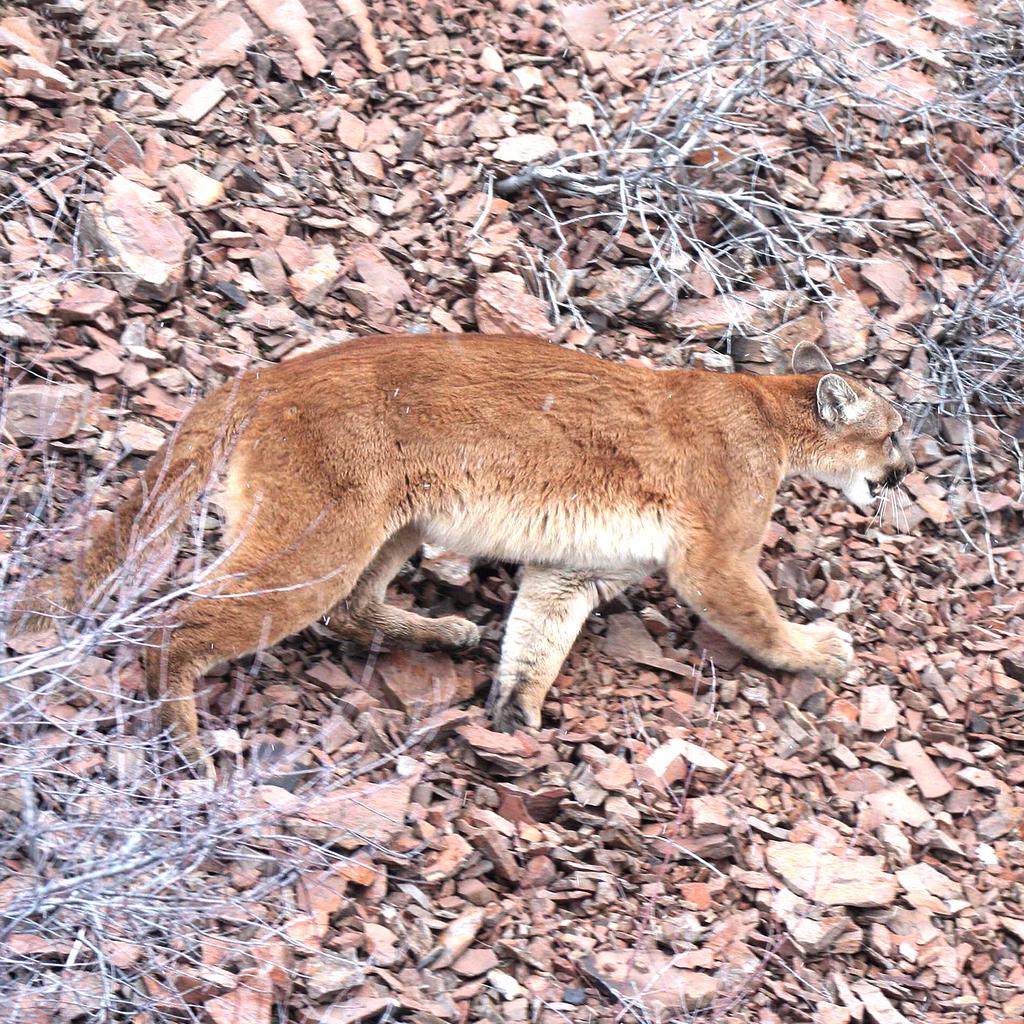 Cougar, 6-8 ft long and 2 ft high at the shoulders, are the largest North American wild cat. The majority live in the western mountainous regions from British Columbia and Alberta south to Texas, but small numbers can be found further east. There is a small population of Florida Panther on the southern tip of Florida.

Cougar have short red, gray, or brown fur with a white belly, chest and throat. They have large front paws, large, powerful back legs, and a long tail.

Cougar prefer isolated areas with dense cover where they can hide while hunting, but they can be found in most habitats. Their preferred prey are deer and elk although they will hunt smaller animals.

Could it be? Cougar are larger than both Bobcat and Lynx and have a much longer tail.

Did you know? Cougar can leap as high as 15 ft and as far as 40 ft. Their average sprinting speed is 35 miles per hour. They are also excellent swimmers and climbers.