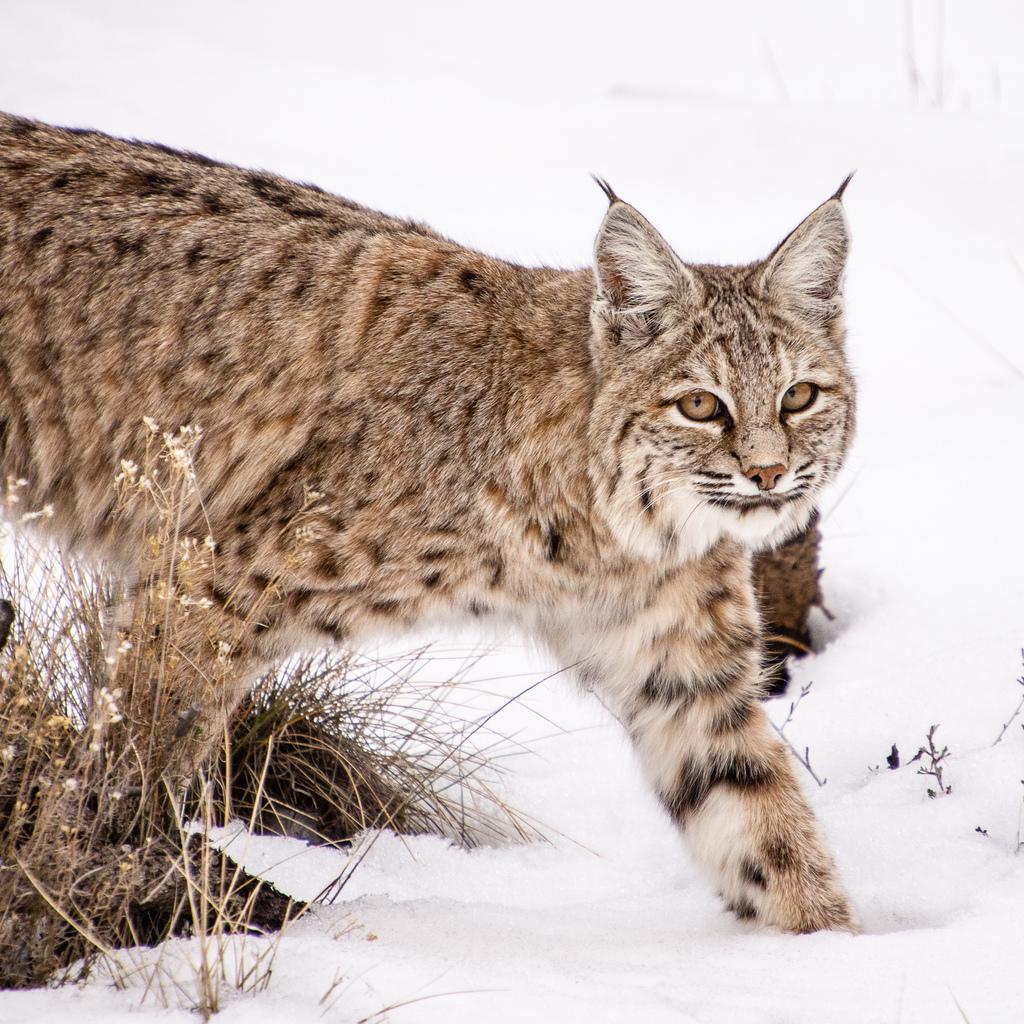 Bobcat are twice the size (2.5-4 ft long) of a domestic cat. They have light brown fur with dark brown spots and stripes and a very short bobbed tail. There are black stripes around the tail and the tip is black on top and white underneath. They can be found in southern Canada and throughout the United States in forests and mountainous areas as well as deserts.

Bobcat are fierce hunters and can kill animals much larger than themselves. They silently stalk their prey before taking it down in one enormous leap.

Bobcat are solitary animals that use scent markings to establish their territory. Their main den is usually a cave or rock shelter. They may have other dens (brush pile, rock ledge) in the less-visited parts of their territory.

Could it be? Bobcat belong to the Lynx family. They live further south than the Lynx as they have smaller paws and shorter legs that aren't as well adapted for deep snow. Lynx have larger ear tufts, beard-like tufts on the side of their face, and a completely black tip to their tail.

Did you know? Bobcat can reach speeds of up to 30 miles per hour. They move very quietly, placing their hind paws in exactly the same spots as their front paws.