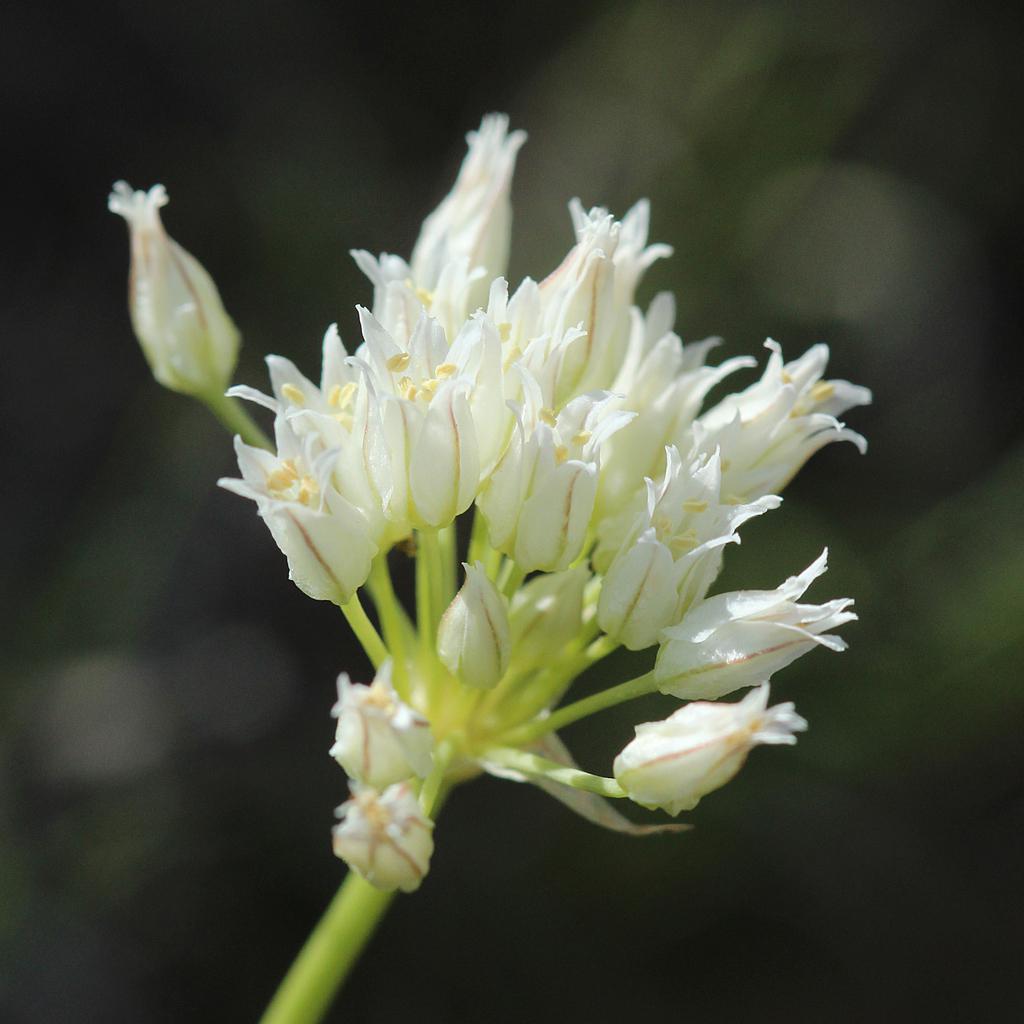 Prairie Onion is the name given to two different wild onions, both of which have a distinctive onion smell.

Allium textile (4-10 in high) is found in Canada's prairie provinces and the central United States. The name refers to the fine mesh of fibres covering the bulb. Umbrella-shaped clusters of 15-30 small white bell-shaped flowers (1/4 in long) bloom from May to July. It grows in dry sandy or rocky grassland or desert areas. One or two narrow leaves appear before the flowers. Later in the season, you'll find capsules of 4-6 seeds.

Allium stellatum (8-18 in high) is found in dry or rocky areas from Manitoba through Ontario and south around the Great Lakes to Texas, Oklahoma, and Tennessee. It is also known as the Autumn Onion as it blooms later in the season from July to August. It has umbrella-shaped clusters of flowers ranging from light pink to a deep pinkish purple.

Could it be? Nodding Onion is less common than the Prairie Onion and taller. It has pink flowers that bloom in the same season as Allium stellatum and in some of the same areas, but its flower head is erect and doesn't nod.

Did you know? Unlike the domestic onion, the Prairie Onion has flat, solid (not hollow) leaves.