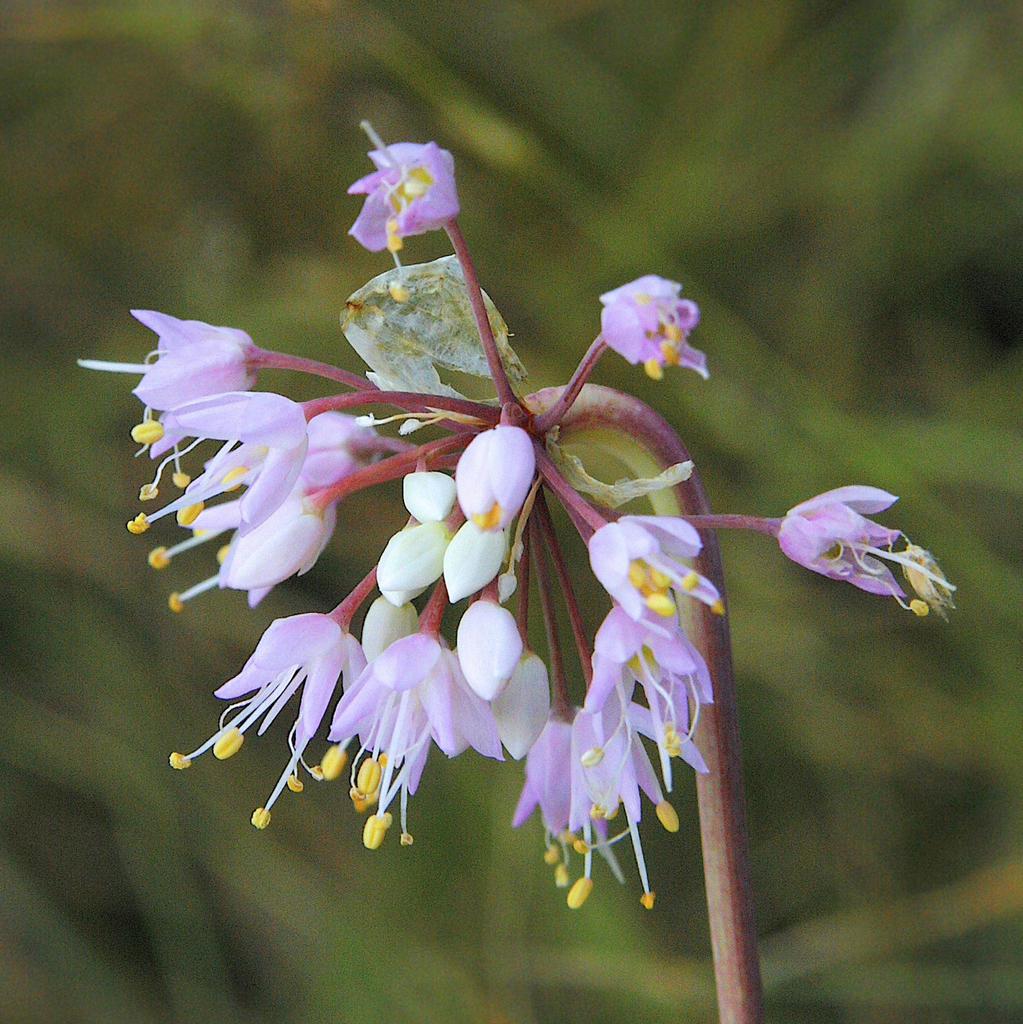 Loose clusters (1.5-2 in across) of up to 40 small pinkish-white flowers nod their heads at the top of the long stalk (1-1.5 ft) of the Nodding Onion from July to August. Grass-like leaves (up to 22 in) emerge from the base of the plant. It can be found on rocky slopes, thinly-wooded bluffs, and open prairie from British Columbia to Saskatchewan as well as in Ontario and in most parts of the United States.

The flower stalks nod when in flower but become erect when seeds form.

Could it be? Nodding Onion is less common than the Prairie Onion and taller. Allium stellatum, one type of Prairie Onion, also has pink flowers that bloom in the same season and in some of the same areas, but its flower head is erect and doesn't nod.

Did you know? Bees visit the nodding flower heads. Other insects are reluctant to hang upside down to reach the nectar. Facing downwards may protect the nectar from rain.