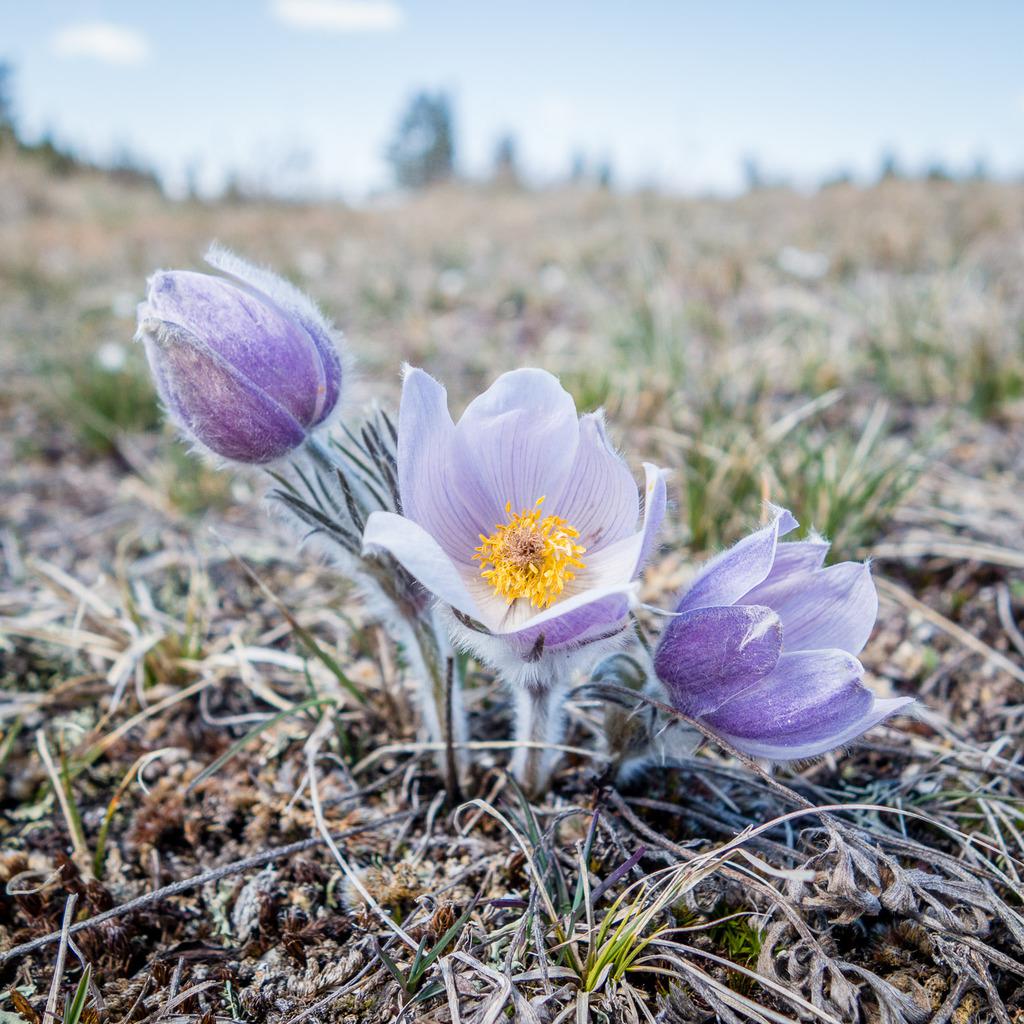 Prairie Crocus flowers appear as soon as the snow melts in sunny, open areas and sandy hillsides from British Columbia to Ontario and south through the central United States. The upright, bluish-purple flowers are cup-shaped with 5-7 petal-like sepals (1.5 in across). The flowers appear before the leaves and very close to the ground.

The low-lying plant has gray-green leaves with many separate leaflets and is covered in woolly white hairs. The flowers turn into long, feathery clusters of seeds.

Could it be? Canada Anemone and Cut-leaved Anemone are similar in appearance but flower later in the year in early summer.

Did you know? Prairie Crocus has many different names, including Windflower, Prairie Smoke, and Pasque Flower.