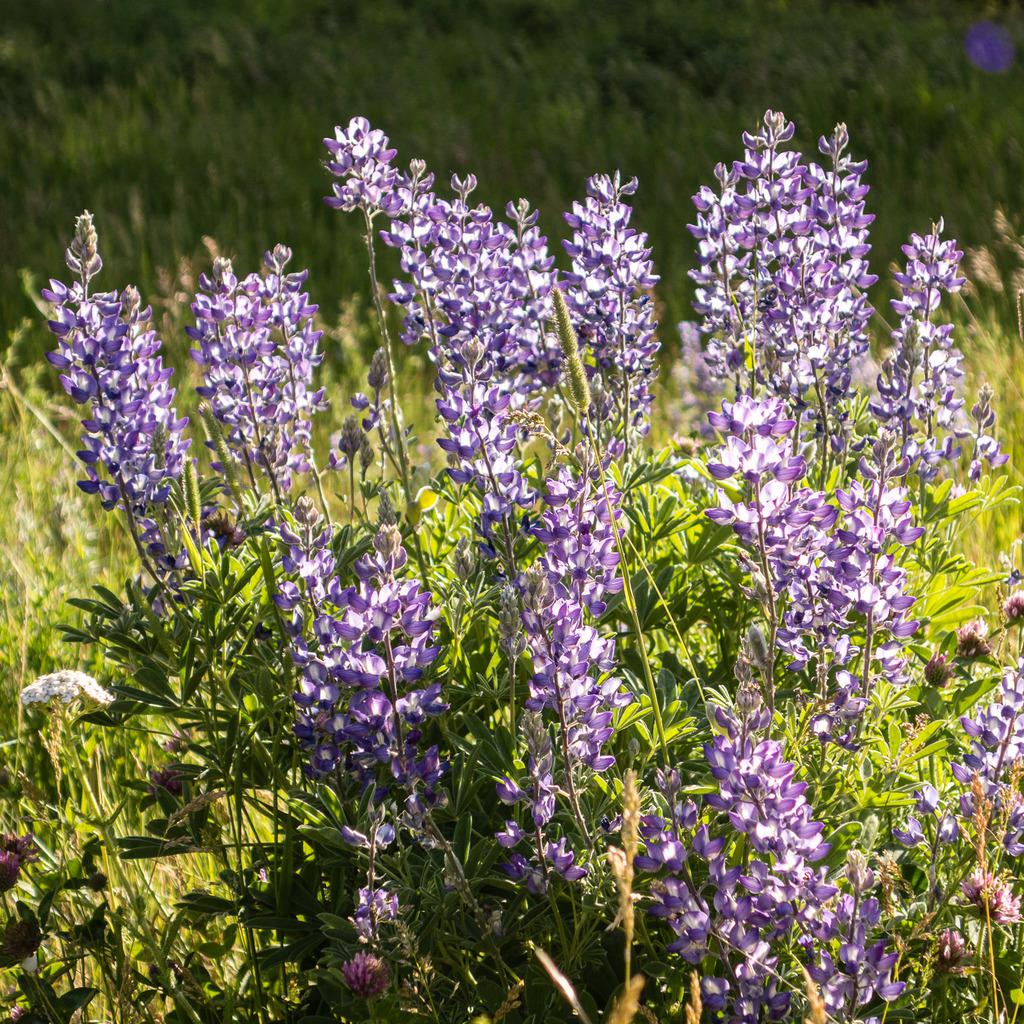 Wild Lupine has tall, showy spikes of pea-like flowers (20 in). The leaves, formed of 6-11 leaflets radiating from a central point, are usually found at the base of the plant and are covered with soft, silver hairs. A hairy seed pod (2 in long) turns black when mature.

Lupine grows well in moist or sandy soils in open areas and flowers from May to June. Look for it along roadways in British Columbia and Texas or in alpine meadows.

Did you know? Lupine derives its name from the Latin word for wolf because it was believed that the plant wolfed or robbed the soil of nutrients. In fact, Lupine improves the soil by adding nitrogen and organic matter.