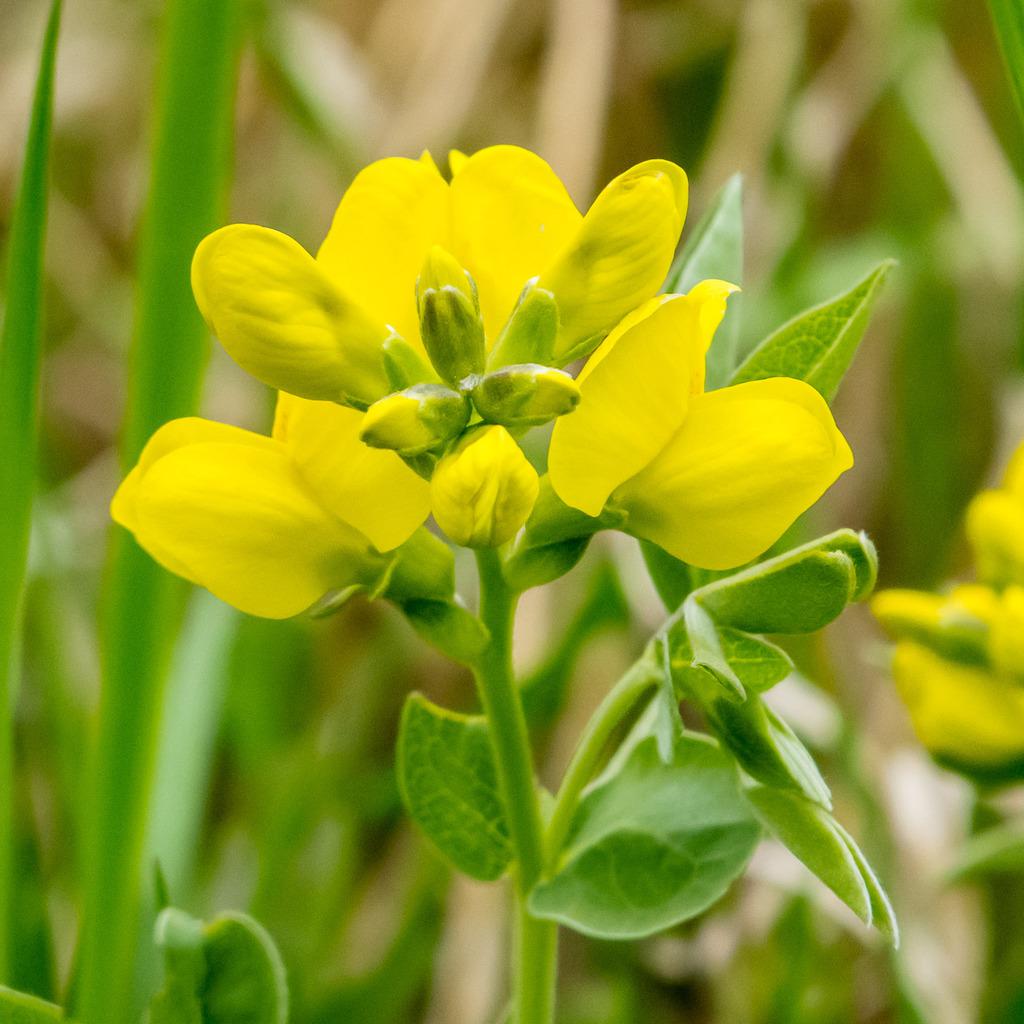 Clusters of golden-yellow, pea-type flowers appear on the Golden Bean from mid-May to early June. The plant is 5-20 in tall and branching with clusters of 3 dark green leaflets as well as 2 large leaflets at the base of each stalk. Later in the year, you'll spot the grayish-brown, curved, flattened seed pods. Both the flowers and seeds are poisonous.

Golden Bean often forms large patches due to running rootstock. It is most commonly found on the western prairies, but some varieties can be found in open aspen forests or meadows in the foothills of the mountains.

Did you know? Indigenous peoples of North America used the flowers to make a yellow dye.