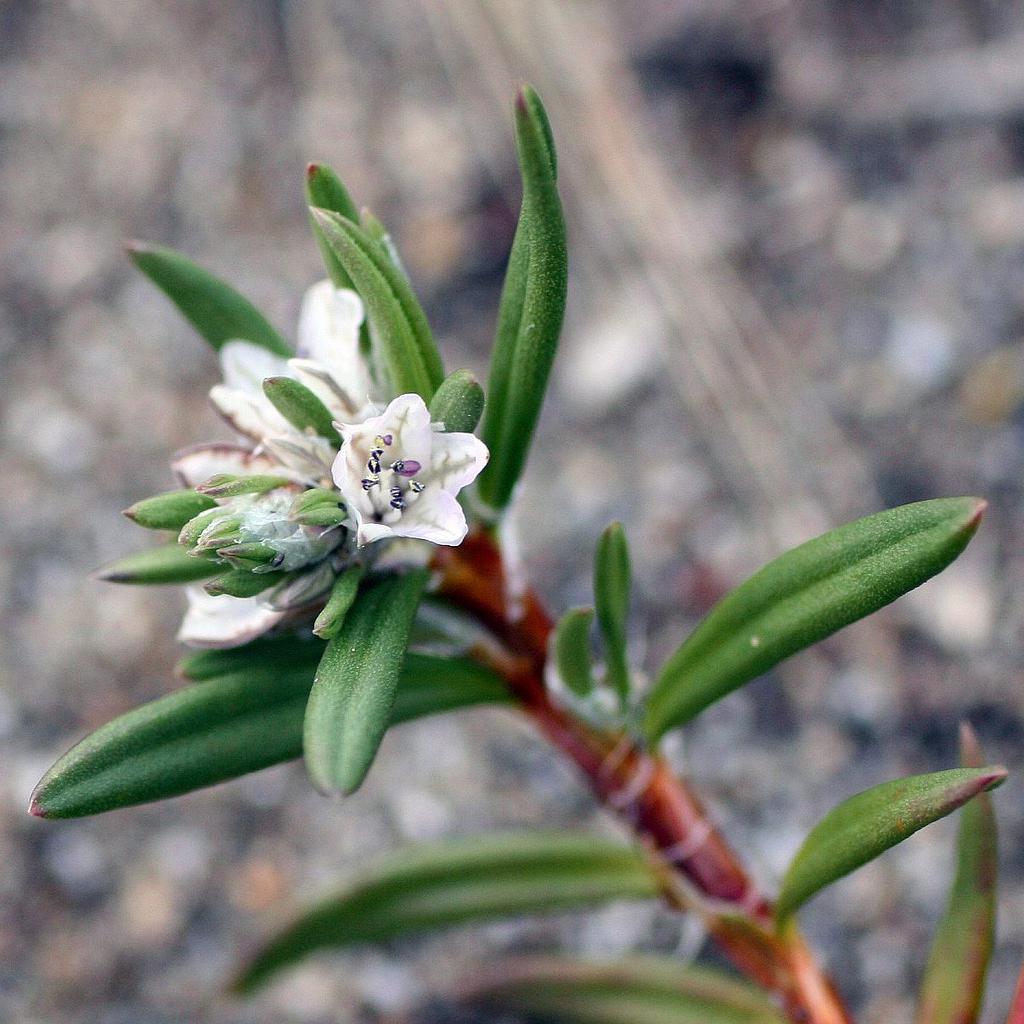 Labrador Tea is a low evergreen shrub with many erect branches and narrow leathery leaves turned under at the edges. The leaves have a pungent smell when crushed and a woolly mat of hair on the under surface. Labrador Tea can grow up to 3 ft tall but is often much shorter.

Labrador Tea can be found in swamps, muskeg, and moist coniferous forests throughout Canada and in the northwestern and northeastern United States. It is a common feature of North America's boreal forests.

Clusters of small white flowers appear at the tips of branches from May to June.

Could it be? Labrador Tea bears some similarities to Bog Rosemary, but Bog Rosemary leaves are very narrow with sharp points.

Did you know? Labrador Tea can often survive fire as its roots are buried deep in areas too wet to burn.