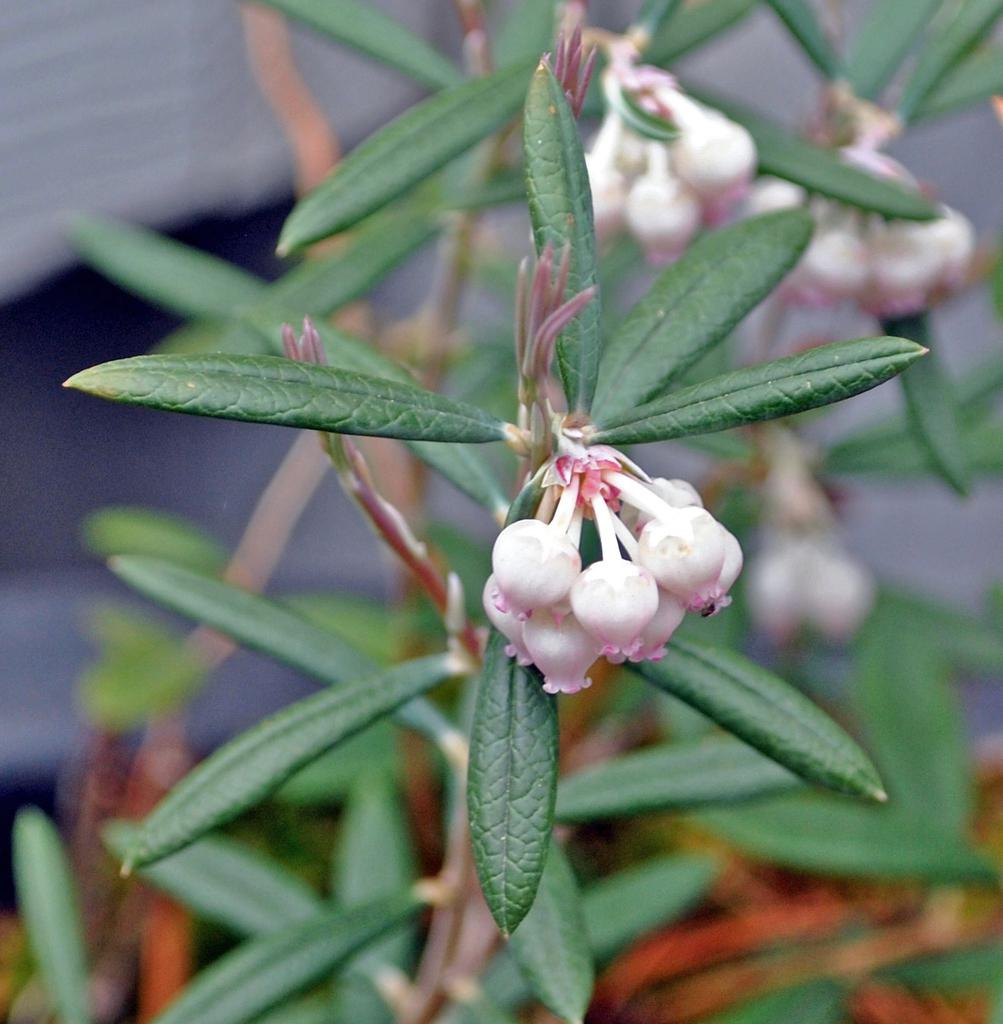 Bog Rosemary is a low, sprawling, evergreen shrub (8 in-2.5 ft) with narrow, leathery blue-green leaves that roll under (1-2 in long). It has drooping clusters of white or pink bell-shaped flowers (.25 in) that bloom in late May or early June.

Could it be? Bog Rosemary leaves have a sharp tip, while the leaves of Bog Sheep Laurel are a little wider and not as pointed. Labrador Tea has wider leaves with hairy twigs and a pungent smell when crushed.

Did you know? Bog Rosemary has perfumed flowers designed to attract pollinators. However, it's not dependent on seeds to reproduce as it also spreads through underground rootstock and runners.