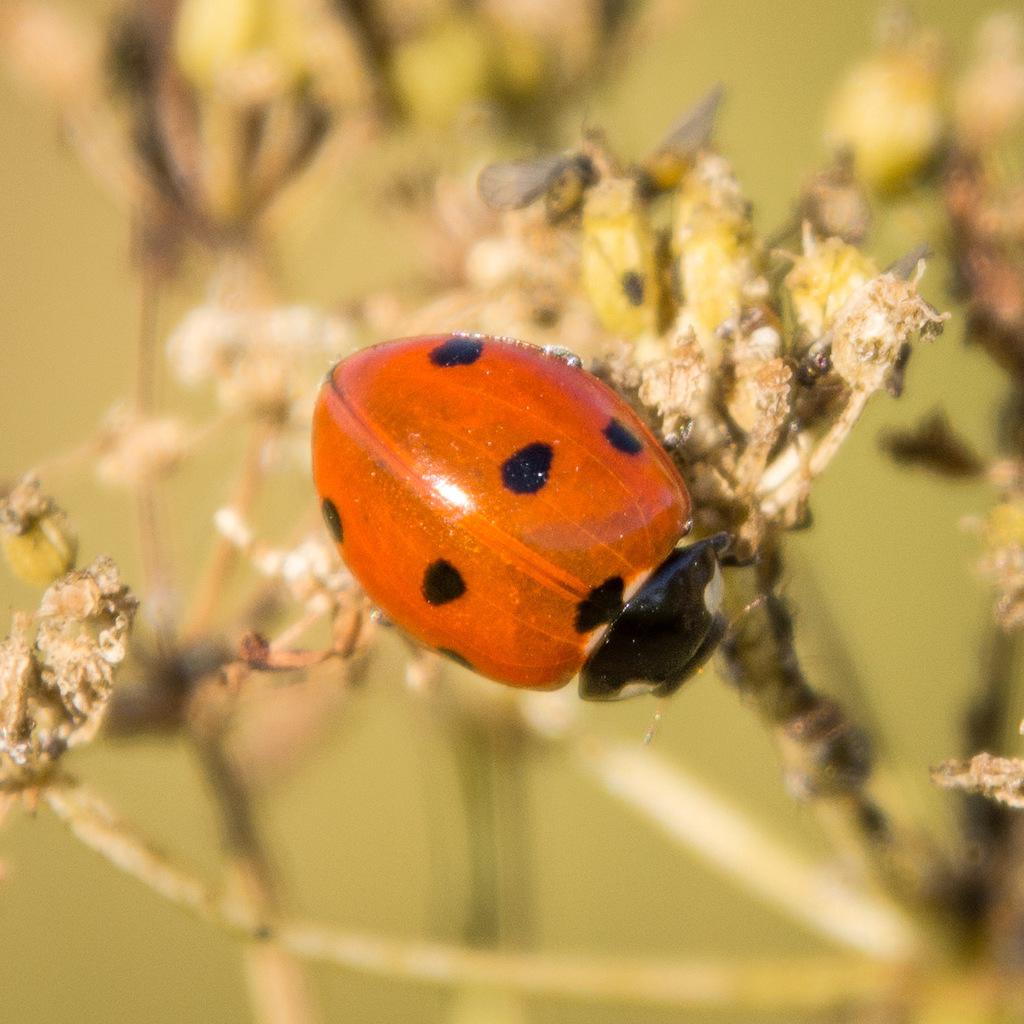 Ladybug are small (up to .4 in long) beetles with black spots on their red or orange dome-shaped wing covers. Most Ladybug can be identified by their colour and number of spots; however, some are black, brown, or gray or have stripes instead of spots. The Seven-Spotted Ladybug is very common in Europe as well as North America.

Ladybug usually eat insects that prey on plants (one Ladybug can eat up to 75 Aphids per day); however some are plant-eaters and can damage crops (e.g. Mexican Bean Beetle).

The multicolored Asian Lady Beetle was introduced to North America in the 1970s. They reproduce more quickly and can withstand colder winters than North American beetles and have become Canada's most common Ladybug. Asian Lady Beetles are usually larger than other Ladybugs (.3 in) and have a black M-shaped mark behind their heads.

Ladybug hibernate over the winter in dry, warm places (in a house or in decaying leaves beneath a shrub). They deliberately lay their eggs near a good source of food for their young, such as a colony of aphids or other plant-eating insects.

Did you know? Ladybug defend themselves from predators by playing dead and secreting a fluid with a nasty taste and smell from their leg joints (their bright colour is also a warning for predators).