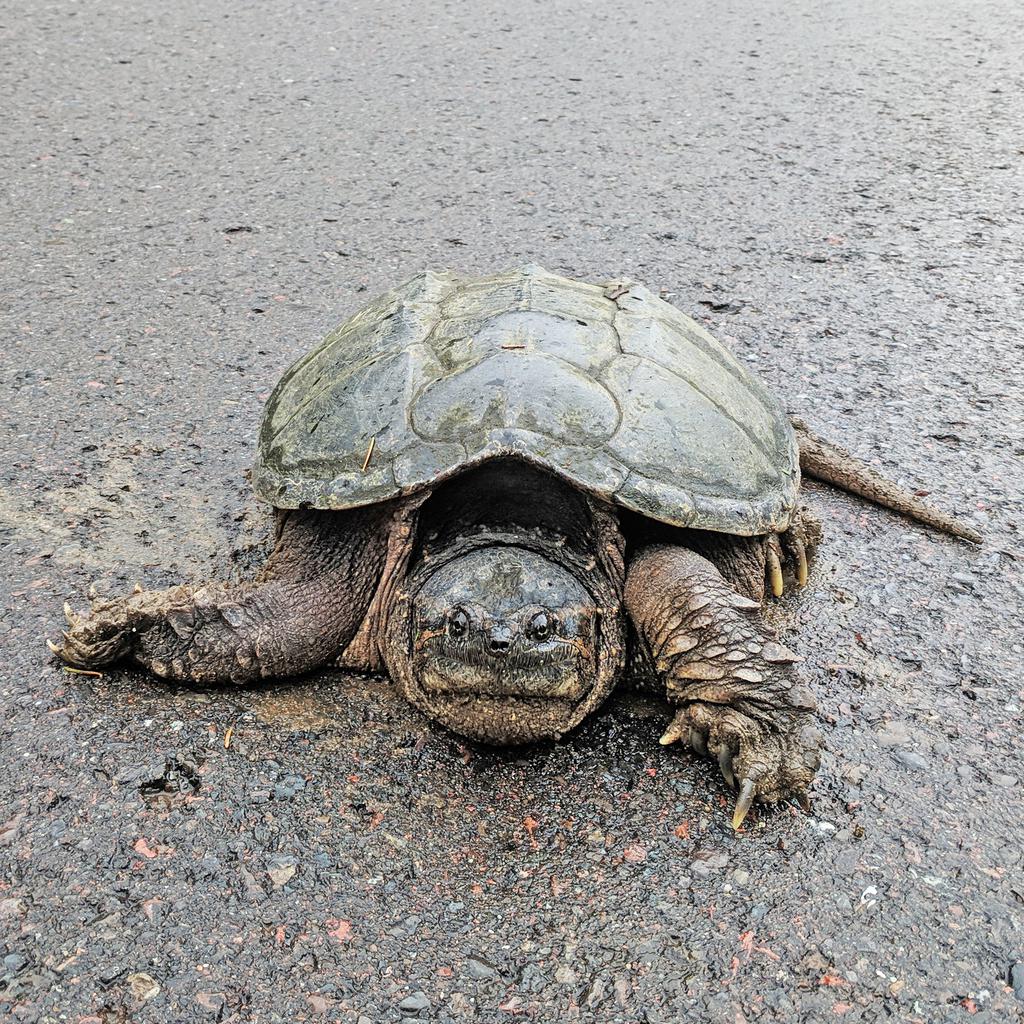 Snapping Turtle have a brown-to-black flat shell (8-19 in), a big head and legs, and a long tail with triangular spikes. They can be found in shallow lakes and streams in southern Canada from Alberta to Nova Scotia and in the eastern and central United States. In cold climates, they hibernate over the winter in muddy lake bottoms.

Snapping Turtle can be hard to spot as they hide behind plants and bury themselves in mud. There is often algae on their shell as they spend so much time hiding. You may see them with their head above water in early morning or evening. They extend their neck and snap when threatened.

Snapping Turtle eat plants, fish, and reptiles. The females come out on land in June or July to lay their eggs. They don't start breeding until they're 17-19 years old.

Did you know? The Snapping Turtle's lower shell is much smaller than the body so they can't withdraw and hide.