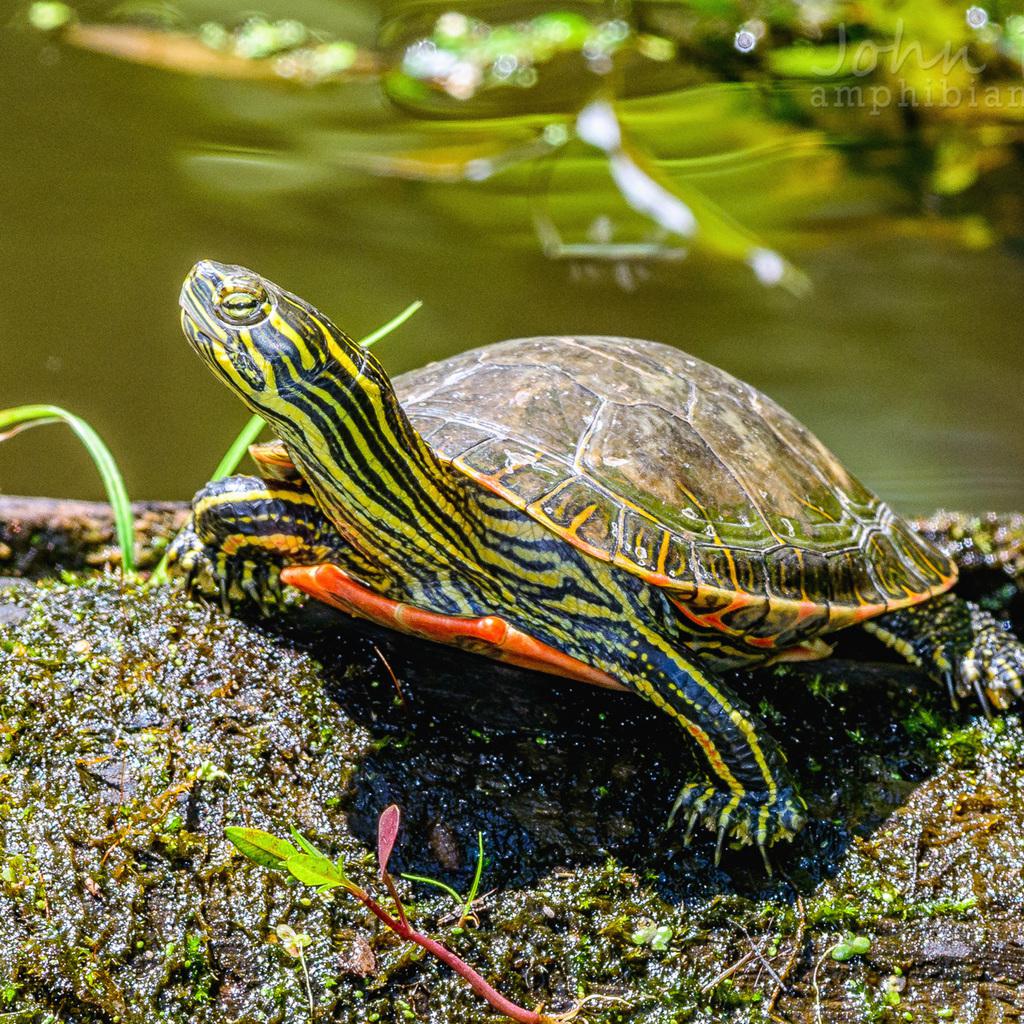 Painted Turtles are one of North America's most common turtles and can be found from southern Canada to northern Mexico. They have red markings on the edge of a dark shell (3.5-10 in long) and bright yellow streaks on their head, neck, tail, and legs.

Painted Turtle live in slow-moving, shallow water, such as ponds or marshes. You can often spot them sunning themselves on a rock or log in the middle of a pond. In colder climates, they hibernate over the winter in the muddy bottoms of ponds or lakes.

The females dig holes on land to lay their eggs. The young hatch in the fall, although in northern regions they overwinter in the nest to emerge in the spring.

Could it be? Red-eared Slider are similar in appearance to the Painted Turtle but have a red patch on the sides of their head.