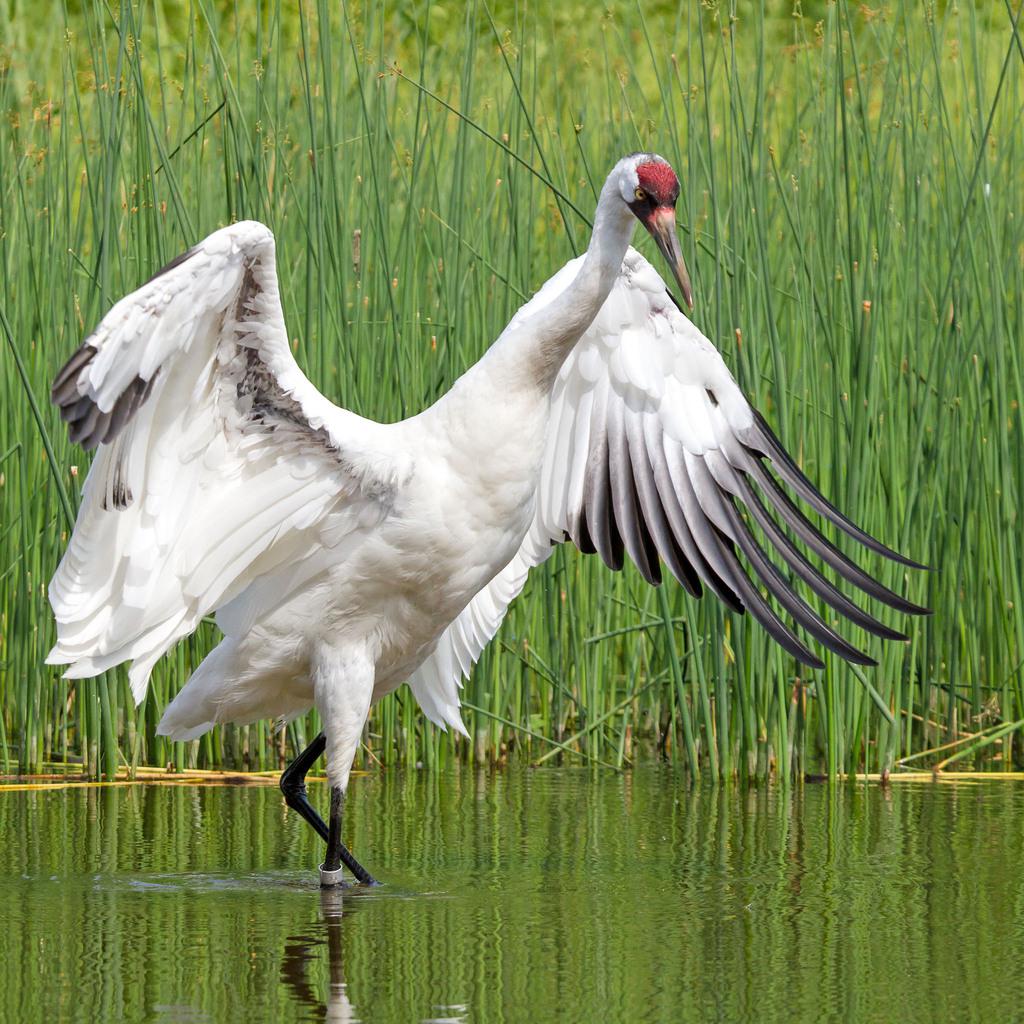 Whooping Crane are the tallest North American bird (5 ft) with a long neck and legs and a wingspan of over 7 ft. Adults are pure white with a crimson cap and mustache. Juveniles have white feathers with rusty-brown streaks.

Whooping Crane breed in shallow grassy wetlands, stopping over on wide shallow river flats during migration. They spend their winters in coastal marshes and estuaries.

Did you know? Whooping Crane browse and probe for food while moving at a slow, stately pace - unlike Heron (Great Blue Heron) that often stand motionless, suddenly pouncing on their prey.