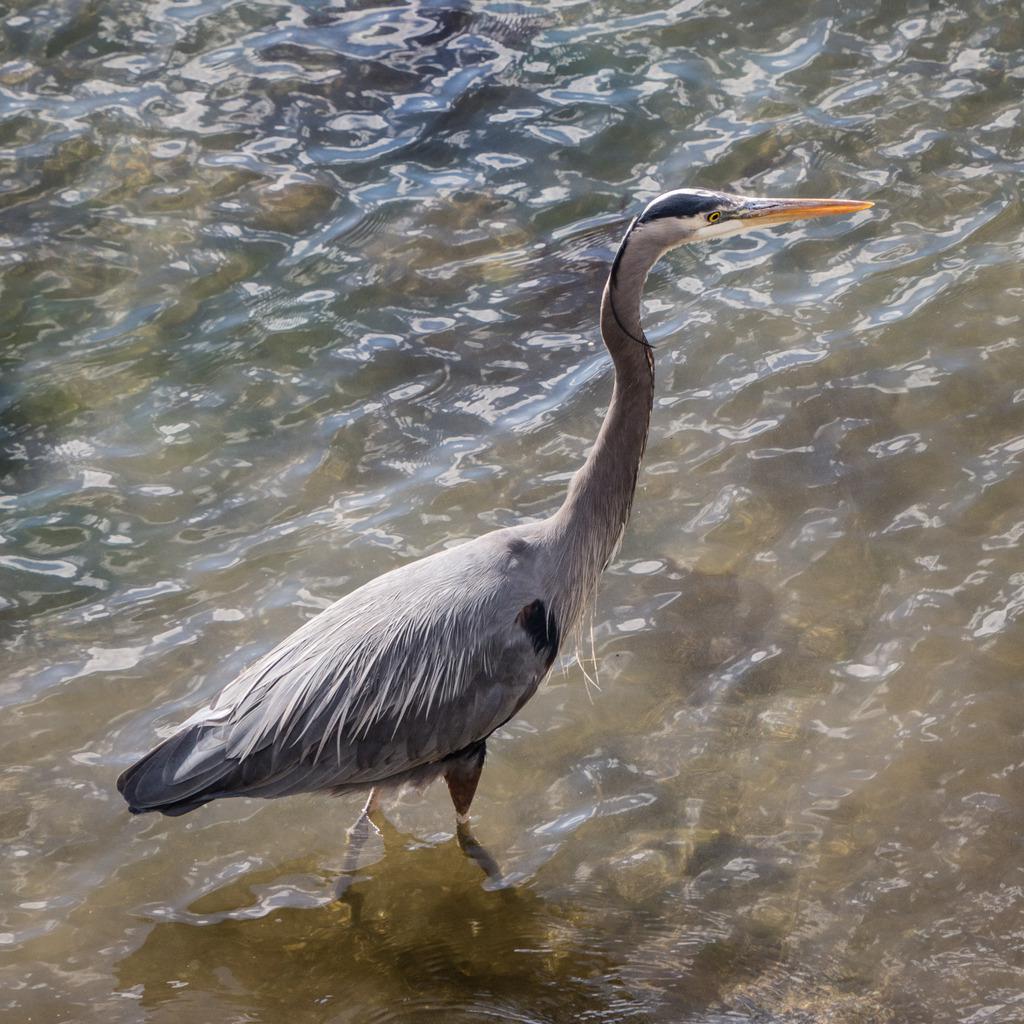 Great Blue Heron are North America's largest heron with a wingspan of 5.5-6.6 ft. With long legs, long slender neck, and thick, dagger-like beak, they can often be seen standing motionless in shallow water looking for prey. They are blue-gray with a wide black stripe above the eyes. In flight, their wings are black and gray. They have shaggy plumes on their neck and wings during breeding season.

Great Blue Heron can be found year-round in both fresh and saltwater habitats of the southern United States, British Columbia, New Brunswick, Nova Scotia, and Prince Edward Island. In summer, they can be found in southern Canada and the central United States.

The birds build bulky stick nests in large treetop colonies with as many as 500 individual nests.

Did you know? Great Blue Heron hold their head tucked back over their neck with their long legs trailing out behind their tail when flying. Sandhill Crane and Whooping Crane, on the other hand, fly with their necks outstretched. Cranes travel in groups while herons fly solo.