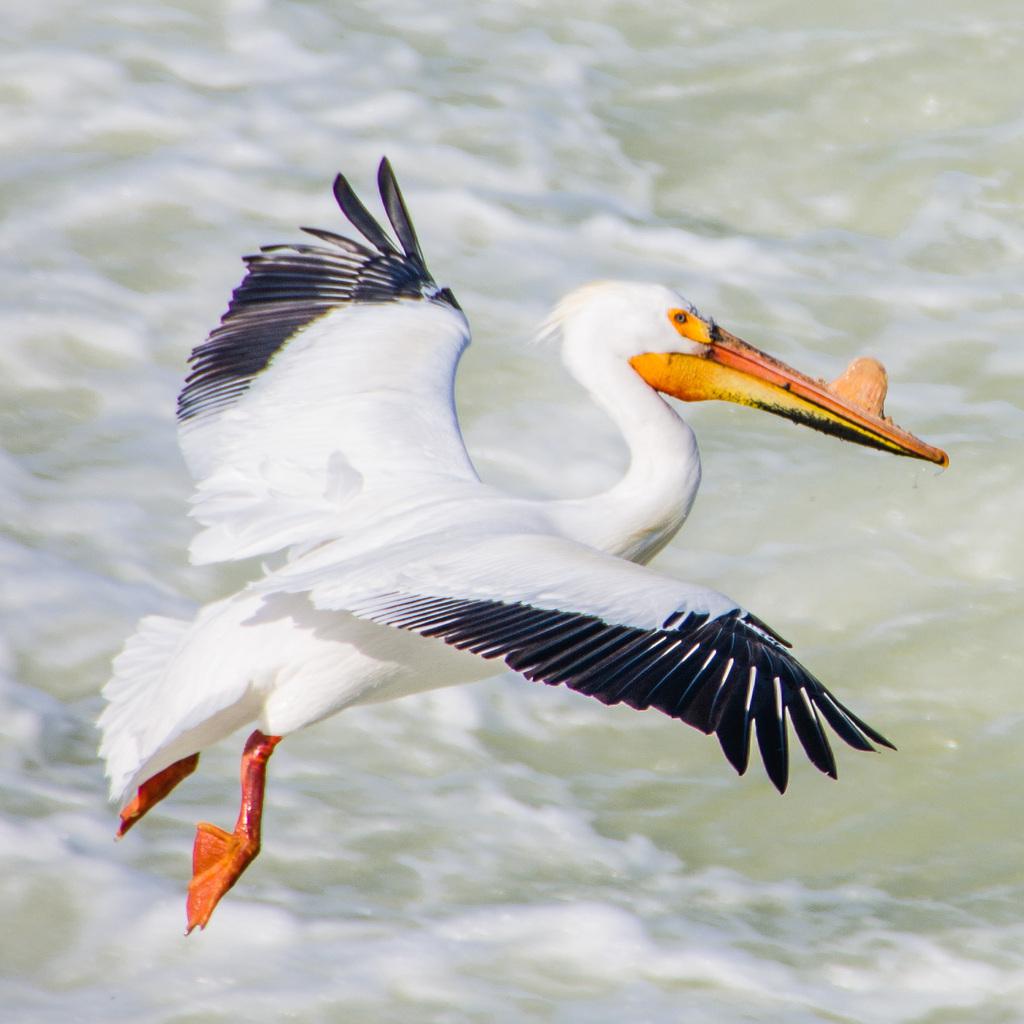 The White Pelican is one of North America's largest birds. Their black and white wings have a 9-ft span and flocks often soar very high in the sky, circling and wheeling. They dip their pouched orange bills in the water to scoop up water and fish, draining the water out of their bills before tilting their heads back to swallow. They lay 1-6 eggs on a shallow mound on an island in a lake or wetland.

Pelican spend their summers on the lakes and rivers of the Canadian Prairies south to Montana and North Dakota. Winters are spent along the Gulf of Mexico or the Pacific coast, but they can sometimes be found inland in California and there is a non-migratory population in Texas.

The birds return to the same sites year after year. The second largest colony in Canada is found on Lavallee Lake, Prince Albert National Park.

White Pelican and Double-crested Cormorant are often found together.

Could it be? Brown Pelican have dark feathers, dive for their food, and are much smaller than White Pelican.