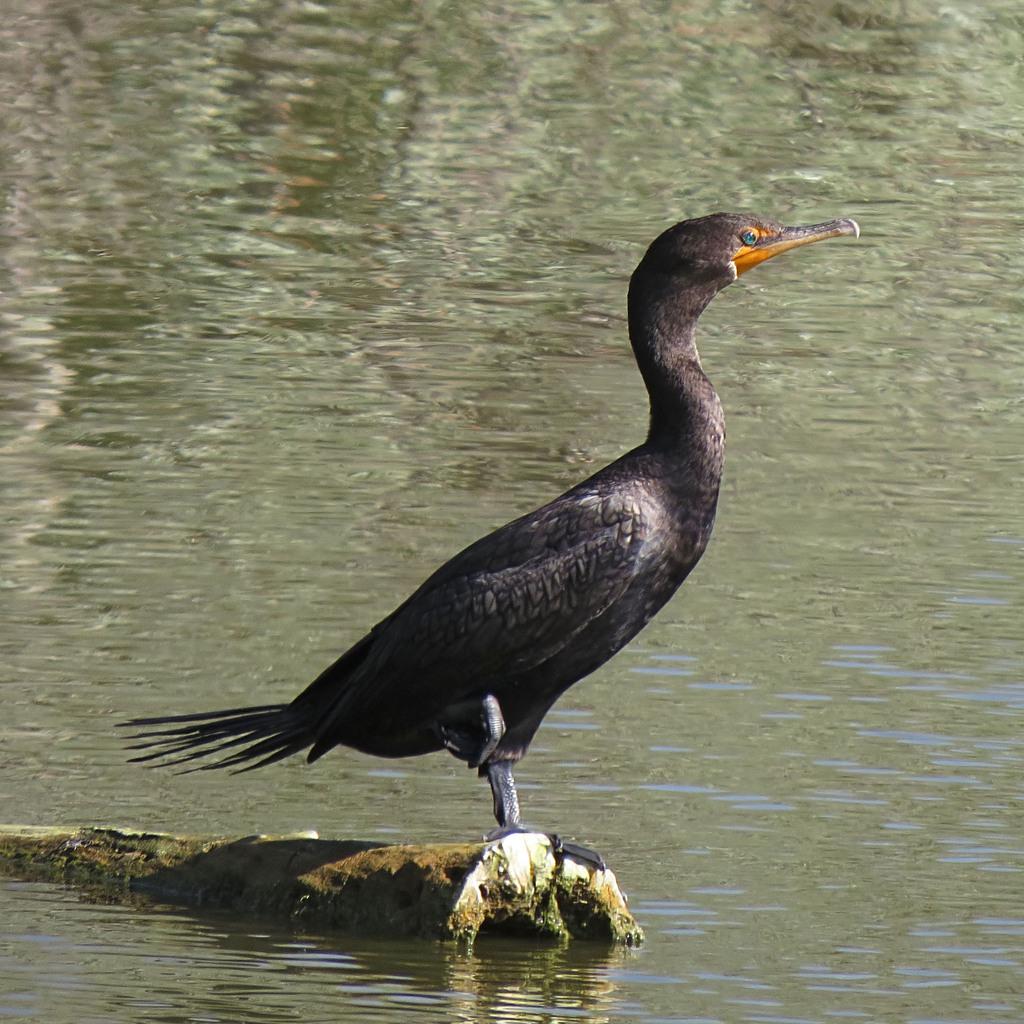 Double-crested Cormorant are large (28-35 in) black waterbirds with a long crooked neck and a thin hooked beak. The crest isn't noticeable. Their heavy bodies sit very low in the water and they dive to catch small fish.

A very adaptable bird, the Double-crested Cormorant can be found on inland lakes and rivers as well as along the coast. They spend the summer in west-central Canada and the United States, along the St. Lawrence River, and on the coast of Canada's Maritime provinces. They winter in the southeastern United States and along the Gulf coast. They can be found year-round along the Pacific coast and in Florida, nesting in colonies on cliffs, islands, or in trees.

Double-crested Cormorant are often seen sitting on a perch with their wings spread out to dry. They have less preen oil than other birds so their feathers get waterlogged and need to be dried out.

Did you know? Cormorant can dive and move around underwater easily because the lack of preen oil in their feathers means they are less buoyant.