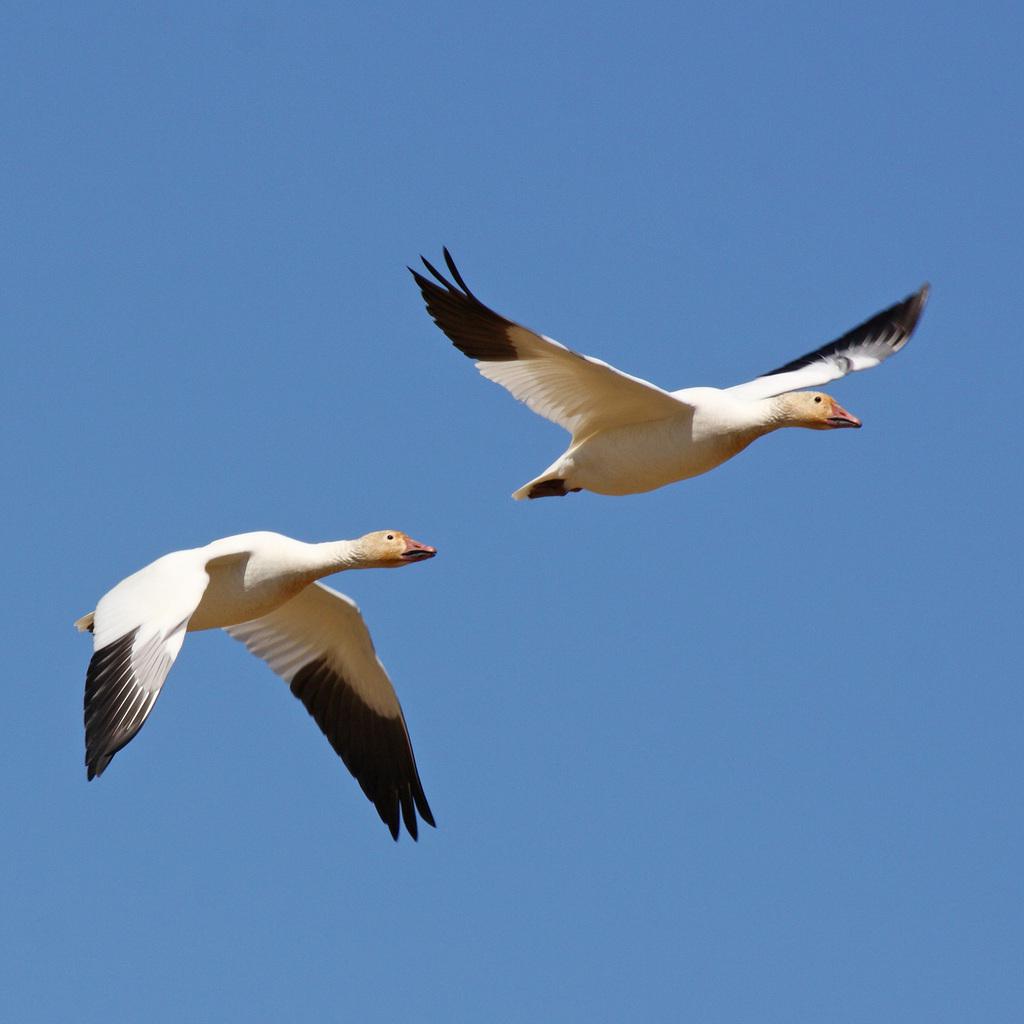 Huge flocks of Snow Geese heading south or north are a sure sign that the seasons are changing. Snow Goose are medium-sized geese (27-33 in, 54 in wingspan) with a long, thick neck. Most of them are white with black wingtips and a dark line along their pink bill. However, some, known as Blue Goose, are gray-brown with a white head and white under the tail.

Snow Geese spend their summers on the high Arctic tundra, using the four major North American flyways (Atlantic, Pacific, Mississippi, Central) to head south to the coastal marshes and wetlands of the west coast, the Gulf Coast, the south-central interior of the USA, and a short stretch of the central Atlantic coast for the winter. A few birds spend the winter in British Columbia's Lower Mainland.

Domestic geese and ducks have orange bills and feet and no black wing feathers. Ross's Goose are smaller. Tundra, Trumpeter, and Mute Swans are much larger with longer necks and no black wingtips.

Did you know? Snow Geese eat grasses and can often be spotted grazing on leftover grain in farm fields. They root in the mud for food so their faces are often stained a rusty orange.