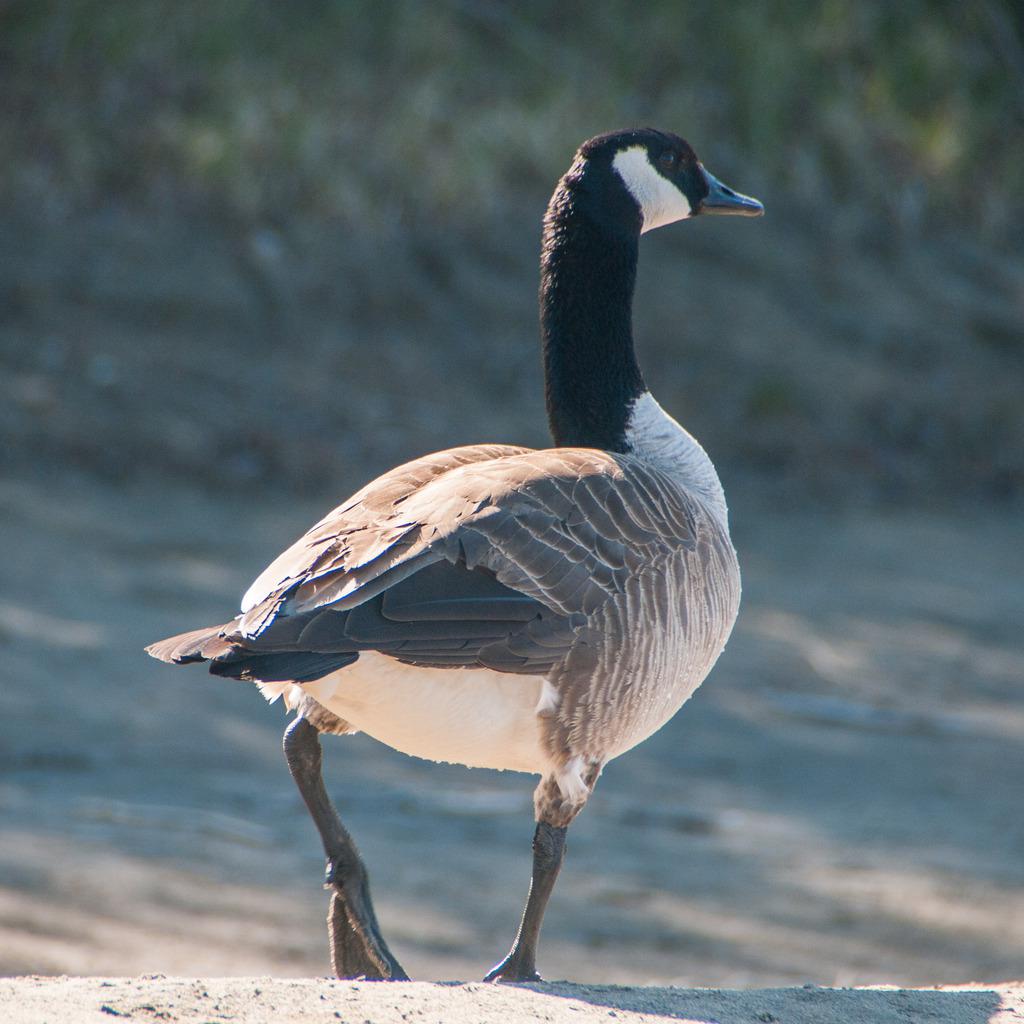 Canada Geese, with their black head, long black neck, and white cheeks and chin, are a familiar sight in many parts of North America. They spend as much time on land as in the water and are increasingly found on large urban lawns (parks and golf courses).

The large birds (30-43 in) eat grasses in spring/summer and grains, berries, and seeds in fall/winter. They can be found year-round along the coast of British Columbia, in Nova Scotia, and in the northern United States, while others migrate, spending summers in Canada and Alaska and winters in the southern United States. They can be spotted honking and flying in a v-shaped formation during migration.

Could it be? There are 11 sub-species of Canada Geese, getting smaller to the north and darker to the west. Cackling Geese are nearly identical but have a smaller body (25-26 in) and beak. They breed further north than the Canada Goose but may be spotted during spring and fall migration.

Did you know? The fuzzy yellow goslings leave the nest after just 1-2 days. Nests are built on the ground near water and only the female sits on the eggs.