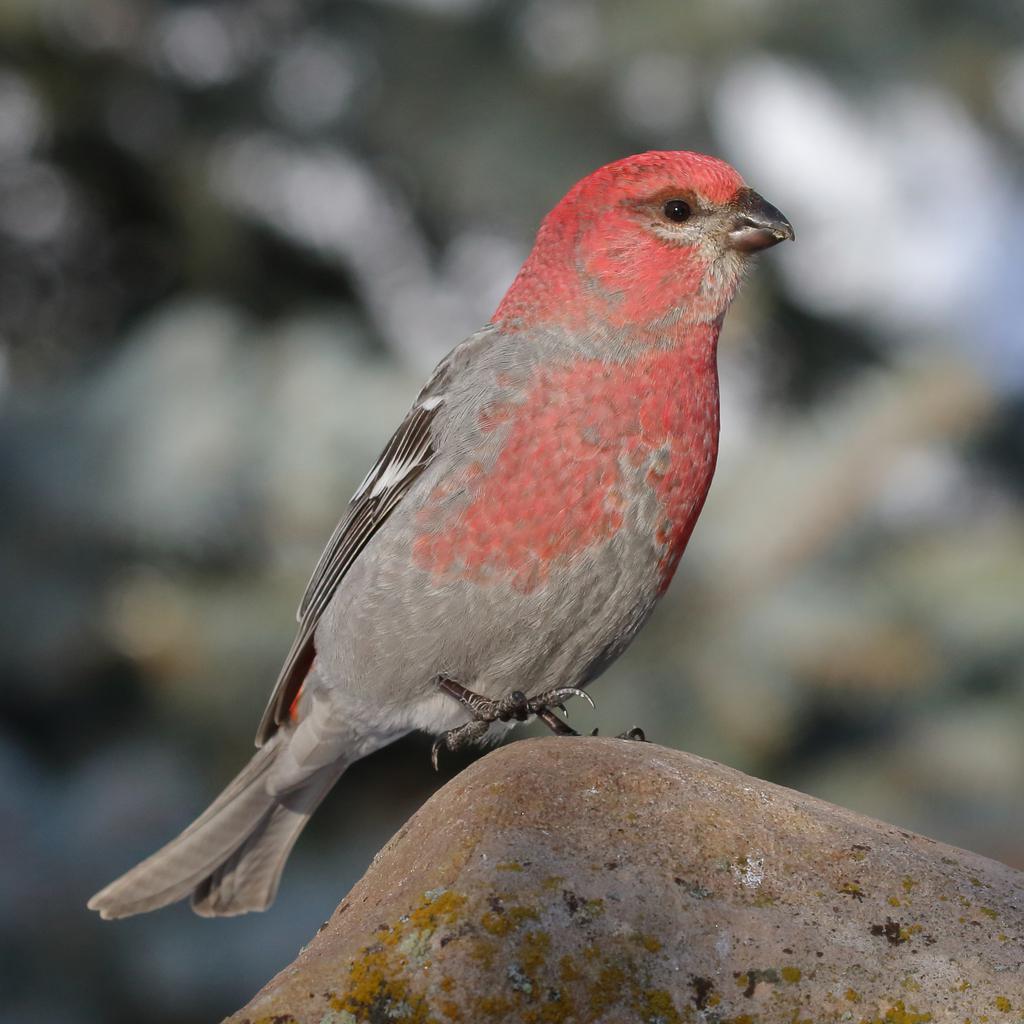 photo by dfaulder CC BY
male

With their pink head and chest, male Pine Grosbeak are easy to identify as they gather around bird feeders for sunflowers in winter. The females are grayer with yellow or pink shading on their head and rump. Both are plump-chested (8-10 in) with 2 white wingbars. Their thick, stubby, dark beak easily crushes seeds and nips buds and needles off trees.

Pine Grosbeak can be found year-round in the forests of Alaska, Canada (particularly the north and mountain regions), and the mountain regions of the western United States. They travel in flocks in winter, travelling further south to Alberta, Saskatchewan, the north-central United States, and the Great Lakes region. They feast in large flocks on fruit trees such as Rowan (Mountain Ash) until the tree is bare. They are slow-moving birds and allow people to come close.

Did you know? Pine Grosbeak eat fruit by biting through and discarding the pulp before crushing the seed.