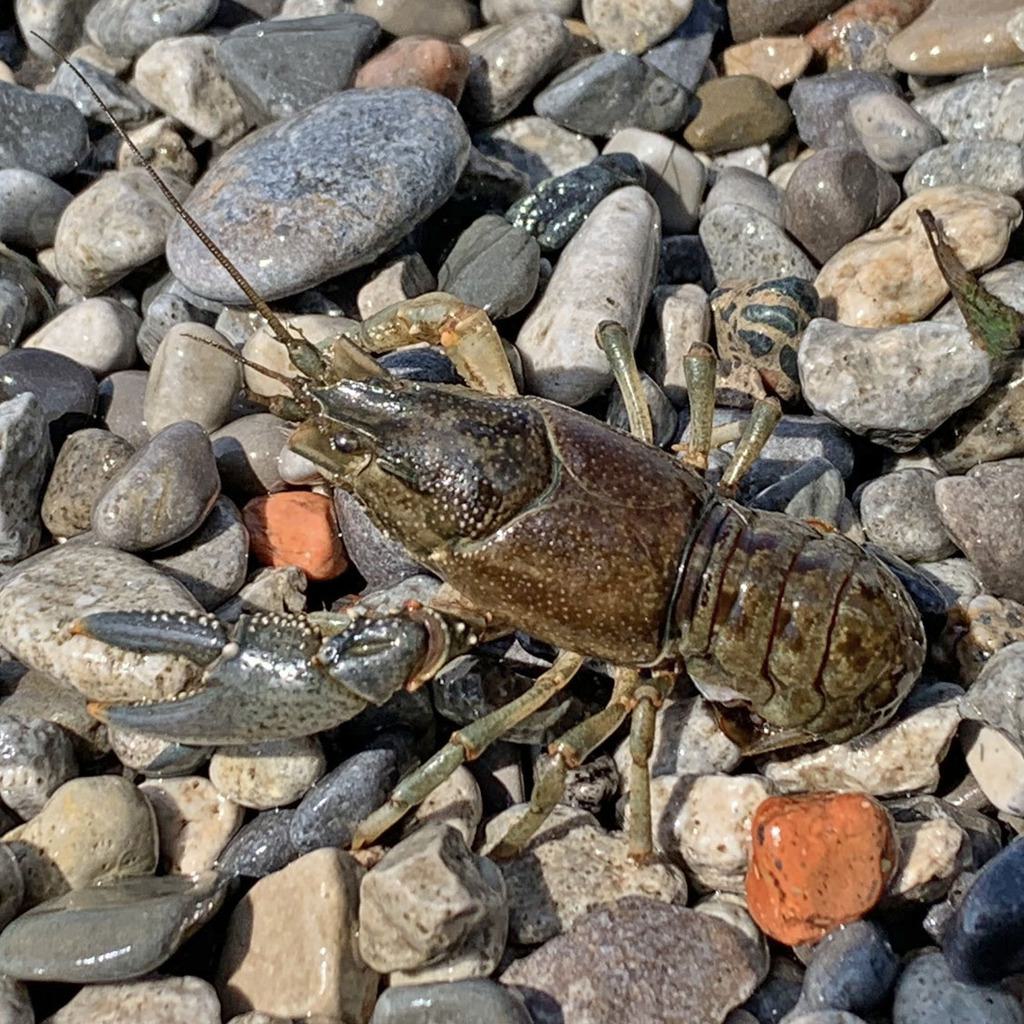 Crayfish (3-7 in long) are related to Lobster, Crab, and Shrimp. They have a hard external skeleton, breathe through gills, and live in or near freshwater. Their first pair of legs are large claws that they use for eating, mating, digging, and protecting themselves. The other 4 pairs are used for walking slowly across the bottom of rivers, streams, or lakes. They can use their tails to escape danger by quickly swimming backwards.

There are two major groups of Crayfish. One group spends all its time underwater. They hide during the day, coming out at night to look for food. The other group is made up of burrowers. Burrowers dig tunnels in areas where the soil remains moist, such as ditches, coming out at night to mate or hunt for food. The burrowers’ gills can extract oxygen from moist air as well as water.

Crayfish eyes are set on short, flexible stalks that allow them to see in different directions.Their long antennae are used to detect food and chemicals in the water. Crayfish eat a wide variety of plants, decaying plant and animal material, and small aquatic creatures.

Crayfish are particularly common in Ontario and Quebec. There are none in Prince Edward Island, Nova Scotia, Newfoundland and Labrador. They can be found in most parts of the United States, especially in the southeastern states.

Did you know? Signal Crayfish can only be found west of the Rocky Mountains in British Columbia, Washington, Oregon, and Idaho. They are brown with a pale blue-green patch near the hinge of their claws. They spend most of their time underwater but can also move and dig burrows on land.