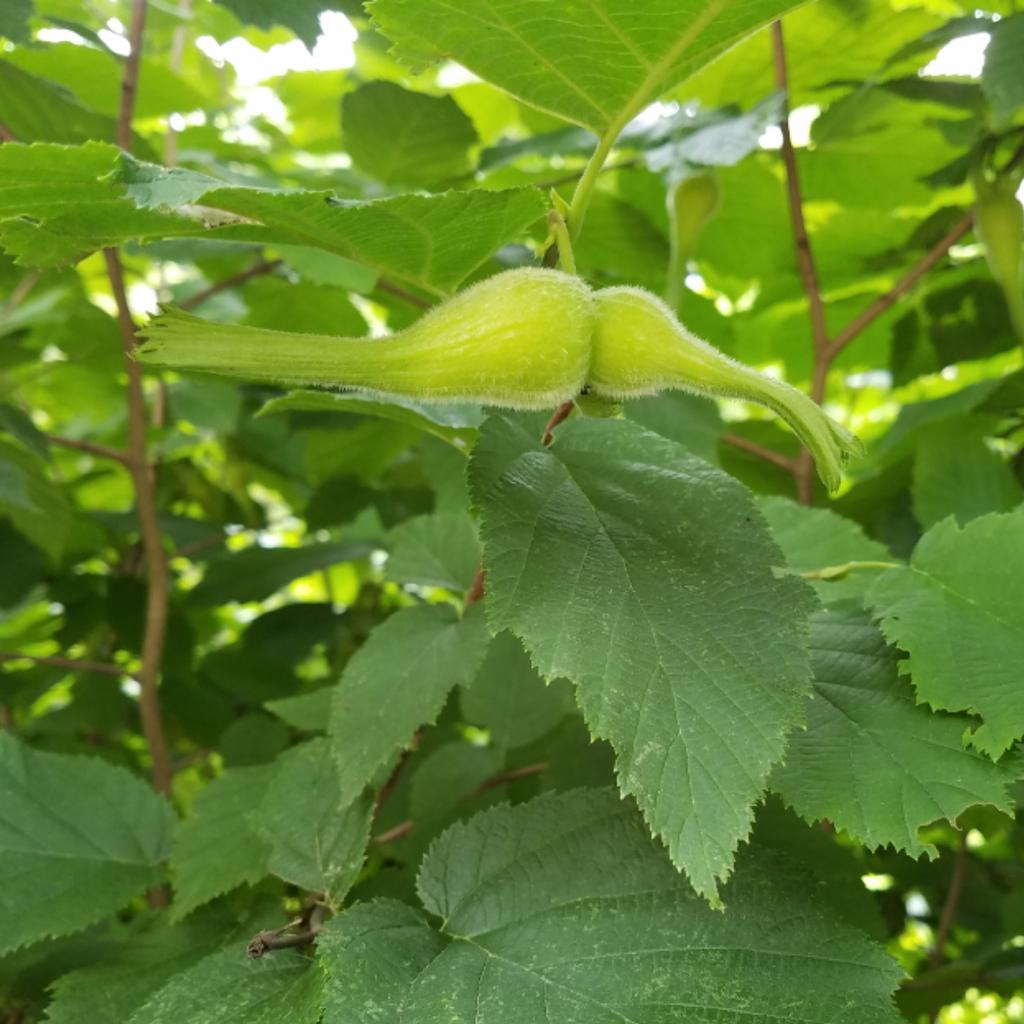 Hazelnut is a bushy multi-stemmed shrub up to 12 ft tall. The dangling light brown catkins appear well before the leaves and release yellow pollen in early spring. Small tassels of red flowers also appear in the spring. The broad oval leaves (2-7.5 in long) come to a point and have jagged edges. The small nuts are enclosed in green wrappings and can be hard to spot beneath the leaves. They are often in clusters.

Two varieties of Hazelnut are native to North America. The Beaked Hazelnut can be found across Canada and the northern United States as well as along the east and west coasts. The American Hazelnut is found in Manitoba, Ontario, and Quebec as well as the eastern and central United States.